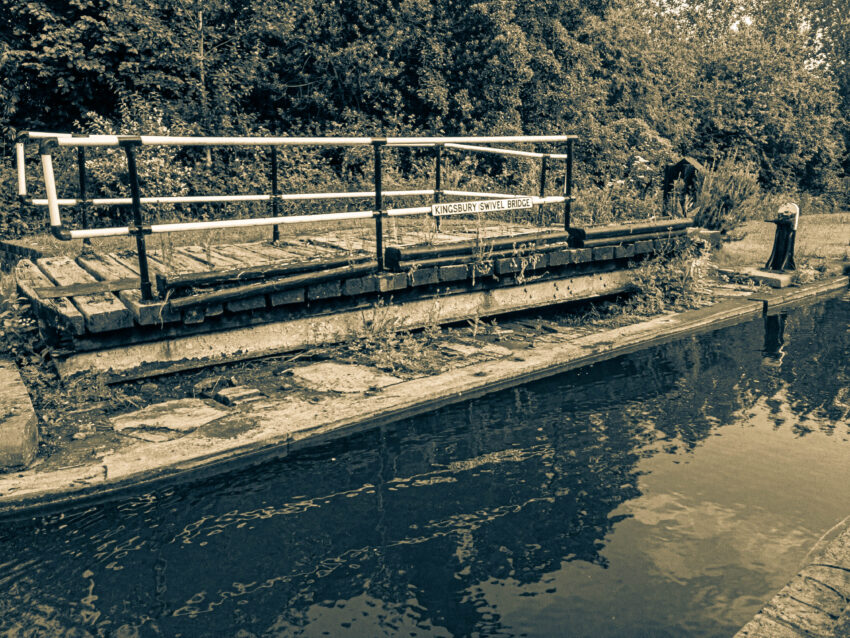 Nothing spectacular, just plenty of local walks with the puppies ( one ‘puppy’ is now over three years old ).

In last weekend’s planned 5k virtual Cani-cross event, I had to register a DNS ( did not start ) and I spent most of the day in bed !

The following day, which should have been a nice long, slow, distance (LSD) walk of twenty two miles ended up as a very slow 4.6 with the dogs – at least I managed the slow part !

Bravely, I took both dogs out together and we did a circuit of Water Orton, cutting across the field off of Attleboro Lane and taking a peek at the sheep, goats and the recently added ponies / horses before crossing over the railway to Marsh Lane.

The rest of the week has been, as stated earlier, just dog walks and I have re-started taking them out twice a day, often both together !

I usually walk them on separate leads but both in the same hand. For a change, the other night, after wearing them out a bit with a run around, I clipped them both onto a lead-splitter thingie.

I was pleasantly surprised that they walked so well. I’ll have to pluck up the courage to do this BEFORE the run around !

Today, the plan calls for a walk (or walks) totalling ten miles. A bit far for Misty so we started with a local two miler for her.

As we walked past the houses adorned with rainbows and NHS slogans, we were delighted to be reminded that “Jungle is massive”.

With all of the Cover-19 stuff, I had gotten out of the habit of driving to a local park for my (and the dogs) exercise so I decided to re-educate myself with a jaunt out to Kingsbury Waterpark.

We arrived around 07:00 and managed to park in a little side street on the edge of the park.

We took a bit of a meandering route around the park before emerging on the Birmingham Fazeley canal which we took for about a mile, passing Curdworth Bottom Lock, before following a parallel path through the RSPB site at Middleton Lakes.

At the end we crossed over the canal for a loop in the woods before returning to the canal and a walk back to the Water Park.

We circumnavigated canal and Broomey Croft Pools, crossed under the M42 and made our way back to the car.

Eight and a bit miles in just over two hours. Added to my couple of miles with Misty earlier and I’d achieved today’s target.

After completing the #Walk1000Miles challenge organised by Country Walking magazine, I sent off for my completer Medal which arrived this week.

Today, I also received my certificate for the LDWA coronavirus 100 challenge. This challenge was to walk one hundred miles during May by counting only one hour of exercise each day.