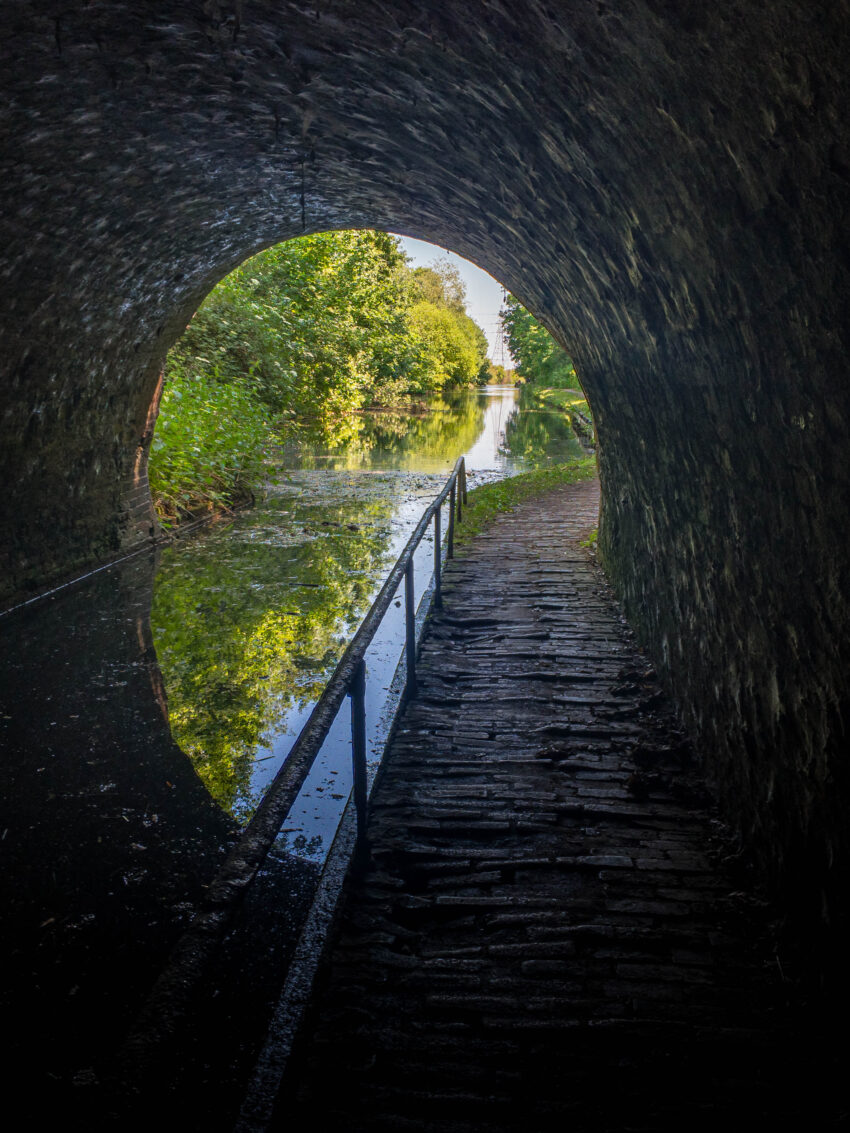 Last day of the month and the final day of the LDWA Coronavirus Challenge.

After walking the dogs this morning, I exercised my right to drive to a place of exercise. I didn’t go too far, just to Minworth from where I could get onto the Birmingham & Fazeley canal.

It was already quite warm as I set off so decided that the desert hat was a must.

Expecting the temperatures to creep up even more, I soaked a Buff and stuck it in a plastic bag.

When needed, I could put the wet Buff on my head so that the water evaporating could cool me down.

This works quite well.

I parked up and crossed the main road and onto the canal heading towards Tamworth.

The towpath was rather busy, busier than it would usually be, and the two metre social distancing protocol went out of the window. On a towpath that’s less than six feet wide, it is difficult to stay two metres apart when passing.

The time spent passing is very short, a second or so, and as long as I didn’t breathe in, I reckoned that I’d be okay.

I strode along, to Curdworth and through the fifty seven metre long Curdworth Tunnel.

On the other side, I came upon a sulk of anglers. I googled for the collective noun for fishermen and I got back sulk or catch.

Whatever they are known as, and I have heard of other terms, there were a fair few of them about. I’m guessing there was a competition on as a few of them were dressed in overalls, waders and with all the gear!

Once past the maggot-danglers, I nipped under the busy A446 and the canal quietened a little but there was still an abnormal amount of people enjoying the sunshine.

Just before Curdworth Lock No.3, I espied this canoe planter and a sign post framed with some verdant vegetation.

With nearly three miles done, my average pace had crept up and I felt good to stride out – except when having to slow down to pass the day trippers.

Just before I had reached five miles, I reached Kingsbury Waterpark. This would be the turnaround so a right turn provided me with a circuit of Canal and Broomey Pools before arriving back at the canal.

I was on the return leg now with around four miles to go.

During my loop of the pools, I had fished my damp Buff out of it’s bag and slapped it onto my head, topped off with the desert hat.

The return was fairly uneventful with plenty of butterflies, damselflies and ducklings to look as as I strode on by.

By the time I had gotten back to the tunnel, I had about a mile and a half to go and my average pace was approaching 14:00 min/mile.

My watch clicked over to exactly 14:00 as I got back to Minworth and was still at that when I stopped the Garmin, back at the car, after 9.7 miles.

My weekly mileage is forty six miles, slightly less than the fifty I had planned. An hour of this rapid walk was used for the last day of the LDWA Coronavirus Challenge totalling 113 miles.

After last week’s virtual hundred, I am really determined to take part in the real event next year. To be accepted, I will need a qualifier and I am aiming on The Rowbothams Round Rotherham (RRR) in October – hopefully the restrictions should have been relaxed enough by then.

To make sure that I can get around the RRR, I have started on a new training cycle and have added the required mileages to my master plan. More miles, especially back-to-back walks at the weekend and a longish walk on Wednesday. The longest weeks will be around eighty miles.

I could have probably gotten away with lower mileages but this plan has been used successfully in the past. The Dovedale Dipper (assuming it is on in August) fits in nicely with ten weeks before the main event.