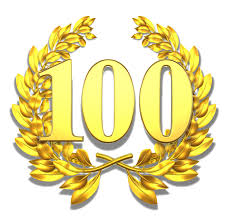 I didn’t sleep well. My right thigh was hurting a little and I just couldn’t get comfortable enough to nod off. Eventually I did but was awoken by my alarm at 05:00 hrs.

Last night’s dog walk must have tired them out as they usually wake me up instead of the other way around – which was nice.

At 05:22 Misty and I were back on the street to walk the first of two loops of what I call Shetland Walk. Obviously nothing to do with Shetland, it’s just the name of a footpath which marks the halfway point of this particular route.

Two laps and another 5.6 miles covered bringing the total to 59.8 – only forty miles to go (or thereabouts).

After a spot of breakfast (for all three of us) it was change time and onto the treadmill.

Today’s first virtual walk (apart from the main Y100SF) would be around Richmond, Virginia. 5.6 miles around the town and over some very bumpy cobbled streets. I’m not sure whether it was my tired eyes or not but I’m sure that the picture on the TV was shaking up and down as I traversed the rough road surface !

I transferred from Virginia to Yorkshire for another 6.6 miles. The geography was out of the window by this point. I was on a virtual walk of South Wales, walking up Main Street USA before moving back to Harrogate which would put me at checkpoint 10 in Treadam, Monmouthshire.

Back in Yorkshire / Monmouthshire, I was walking along, minding my own business, when a group of about twenty runners, all in the same kit, shot past me. I grabbed a screenshot so that I could try and identify them later.

Apparently, the runners were part of a charity series on Zwift raising awareness (and money) for Médecins Sans Frontières and their fight against Covid-19.

After an uneventful tour of Tewitt Well, I finished in Harrogate (CP10) leaving twenty nine miles to go.

The next section to Monmouth and CP 11 would be outside and basically the same route as yesterday’s longest leg (Hams Hall).

I followed almost the same route but without Derek.

Firstly under an A road, over a couple of M ways and along an unclassified road.

As I walked down the unclassified road, Attleboro Lane, I remembered that there used to be a public footpath cutting across an adjacent field.

Alas, the unstoppable HS2 has build right across it with no diversion obvious.

A little further along, I nipped around a gate and followed a track around the field heading towards a yellow topped post where the original path used to go.

Towards the end of the track, there was a tiny little bridge to carry pedestrians over the six inches high perimeter. Obviously part of the HS2 works; and people say they’re wasting money!

I continued through Water Orton and around the playing field, amazed at a group of half a dozen blokes having a game of football whilst their other halves sat in a huddle having a good old natter.

It would appear that coronavirus is no longer a threat in rural North Warwickshire !

After Coleshill Parkway, I did the lollypop part of my walk in the opposite direction to yesterday just so that I wouldn’t get too dizzy.

Even better, the flies left me alone for the second day – nice !

On the way back home, I phoned the support crew and placed my lunch order – more shepherd’s pie and some tortellini.

I also suggested that perhaps Sue would like to accompany me on part of the next leg. She agreed saying that that would be nice.

After lunch at Monmouth and CP11, Sue and I set off on the first half of the short 4.2 mile stretch to CP12 at Redbrook. It was only the Arran Way loop (oh my God, we’re on Arran now!) but it made for a very enjoyable catch up with the other half. Even Sue enjoyed it, saying, somewhat tongue in cheek, “well that’s two miles done, you never know I might do the other ninety eight someday!”

It was now time for my last stint on the treadmill. I picked a route in Zwift’s own world of Watopia and set me a target of 5.1 miles.

Being a bit of a game, there are different levels that you can achieve in Zwift. During my tour of Watopia, I levelled up and was rewarded with a snazzy sun visor and stripey socks with which to adorn my on-screen avatar.

That 5.1 miles was the hardest section on the treadmill, or even overall, it just kept going on and on!

Eventually, of course, I finished the leg and found myself at checkpoint 13 at Trellech.

I need to say a few words about the official on-line tracker.

It was set up to log walkers who were perhaps not walking the full distance and were doing it more for fun. With this in mind, the tracker was halted over night and restarted at ten this morning.

However, if you carried on through the night or even started before 10:00 the tracker would go out of sync and it would be very difficult, if not impossible, to catch up. The tracker was clever enough to know that you couldn’t have had enough time to cover each leg so if you tried to log in too early you got this …

At least I had my own tracker in the shape of my spreadsheet and, apart from the dodgy London leg yesterday, I had all the .gps tracks.

The official line was to just check in when you could and the times would be adjusted later. I eventually checked into the finish sometime Monday.

It was very warm outside so I left my shorts on and slipped on a technical top ( A Coventry Way ) and headed back towards Water Orton. I did a convoluted circuit of the village before heading for home. I felt a bit done in on arrival and because of the heat, decided not to take the dogs out for the final push.

I spent some time cooling down then was out of the front door for a leisurely final 5.2 miles. So that I didn’t have to think too much, I did the same tour of Castle Bromwich which I did so long ago but was only yesterday.

I had to add a little bit of around the houses to get the full mileage in.

I was still standing. I didn’t feel exhausted.