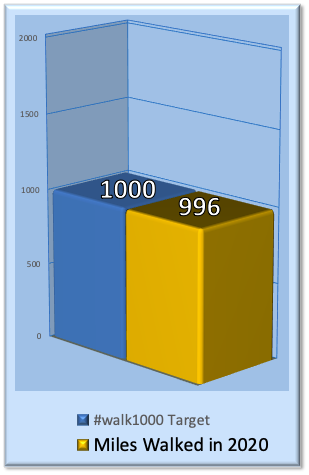 Nothing special this week, even though we can now drive to somewhere for our exercise.

Yesterday (Saturday) it was a couple of dog walks. Firstly Misty with a tour of Water Orton then Gabby for a circular walk of Coleshill, pausing to check out the buttercups.

Later in the day, I started to feel rather unwell – a bit of stomach ache and a general malaise.

An early night was called for.

This morning, still feeling a little groggy, the other half got up for the early dog call rewarding me with an extra ninety minutes before they started again.

I stumbled out of bed and slowly got ready to take the dogs out for their morning constitutionals.

Not as far as yesterday, just a couple of miles each.

Getting back, I fed the pooches, changed shoes then leaving them to munch, I set off for a six miler on my own.

I was slow to start, still feeling the aftereffects of whatever had lain me low yesterday.

By the time I had reached Coleshill, my average speed was still around 14:20 a mile – about thirty seconds a mile slower than normal.

From the river onwards, I started to pick up and managed to finish with an average pace of 13:58 and feeling okay. The speeding up can be best seen by looking at the cadence on the map above.

Just before getting home, I bumped into (not literally) a runner from my old running club, The Centurions. We chatted as we walked along, from a socially acceptable distance. with me telling Paul that I had a hundred miler next weekend and he replied that he had a twenty four hour event (both virtual of course).

After a couple of minutes or so, he ran ahead and I walk the final few hundred metres back to base.

Doing the sums later revealed that my sixty minute stint for the LDWA coronavius challenge yielded 4.3 miles taking my monthly total to 66.5 miles – well on track for one hundred by May 31st.

My weekly total is 63.1 meaning that my annual #Walk1000miles total stands at 996.3. Less than three miles to go so I should achieve that milestone tomorrow – three weeks ahead of last year.

A fairly easy week, or at least the first part, with the LDWA Virtual 100 over the weekend.