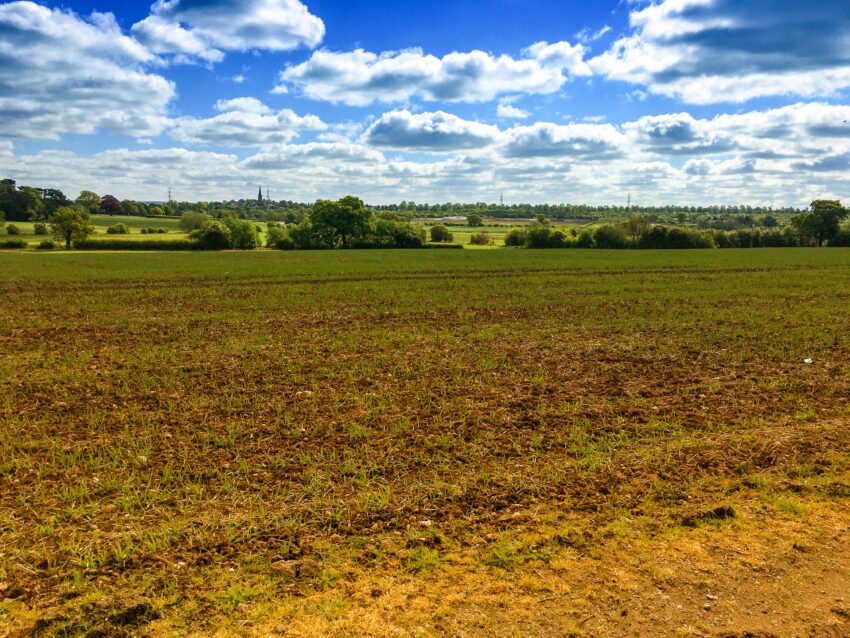 To start a cracking day, the dogs allowed me a bit of a lie-in.

Then it was a cooked breakfast with the wife before she had to depart for work.

At around a quarter to nine, I got ready then left the house with Misty.

We headed for Water Orton then followed Gypsy Lane before crossing the railway. We had to stand aside on Gypsy Lane to let a big low-loader past – something to do with that HS2 malarky.

We passed Bike World then under the A446 to the River Tame where Misty took her obligatory swim.

We followed the footpath alongside the river all the way back into Water Orton at Old Church Lane.

From here, we headed towards The Dog Inn.

A few weeks ago, Gabby and I were at The Dog and I grabbed a cheesy shot of Gabby with the sign for the pub. A bit of photoshopping to remove some of the lettering resulted in the photo below. Today, it was Misty’s turn for the same treatment.

From The Dog, we crossed the green bridge over the railway before making our way up Attleboro Lane, over the Motorways and back home.

With five and a half miles walked with Dog One, I swapped hounds and was back out within seconds.

Gabby and I went a different way, crossing the Motorway a half mile further along, and heading for the fields with Coleshill in the distance.

We skirted Coleshill Manor and made our way to the roundabout at Coleshill. Turning left we walked alongside the A446 Coleshill Bypass before nipping through the closed playground and onto the banks of the River Cole.

The river was followed, crossing back under the A446. It was along this stretch that Gabby had a chance to wet her feet – they both love the water.

Across another couple of fields and we were back on the black stuff at Gilson.

Just under a mile after Gilson we were at Gypsy Lane. Only a couple of miles left.

We had to stand aside for the same low-loader that we saw earlier. I think that the driver recognised me as he gave us a friendly wave.

Through the playing field, up Attleboro Lane, over the Motorways and we were home.

Another few miles adding up to give today’s total of 12.1 miles.