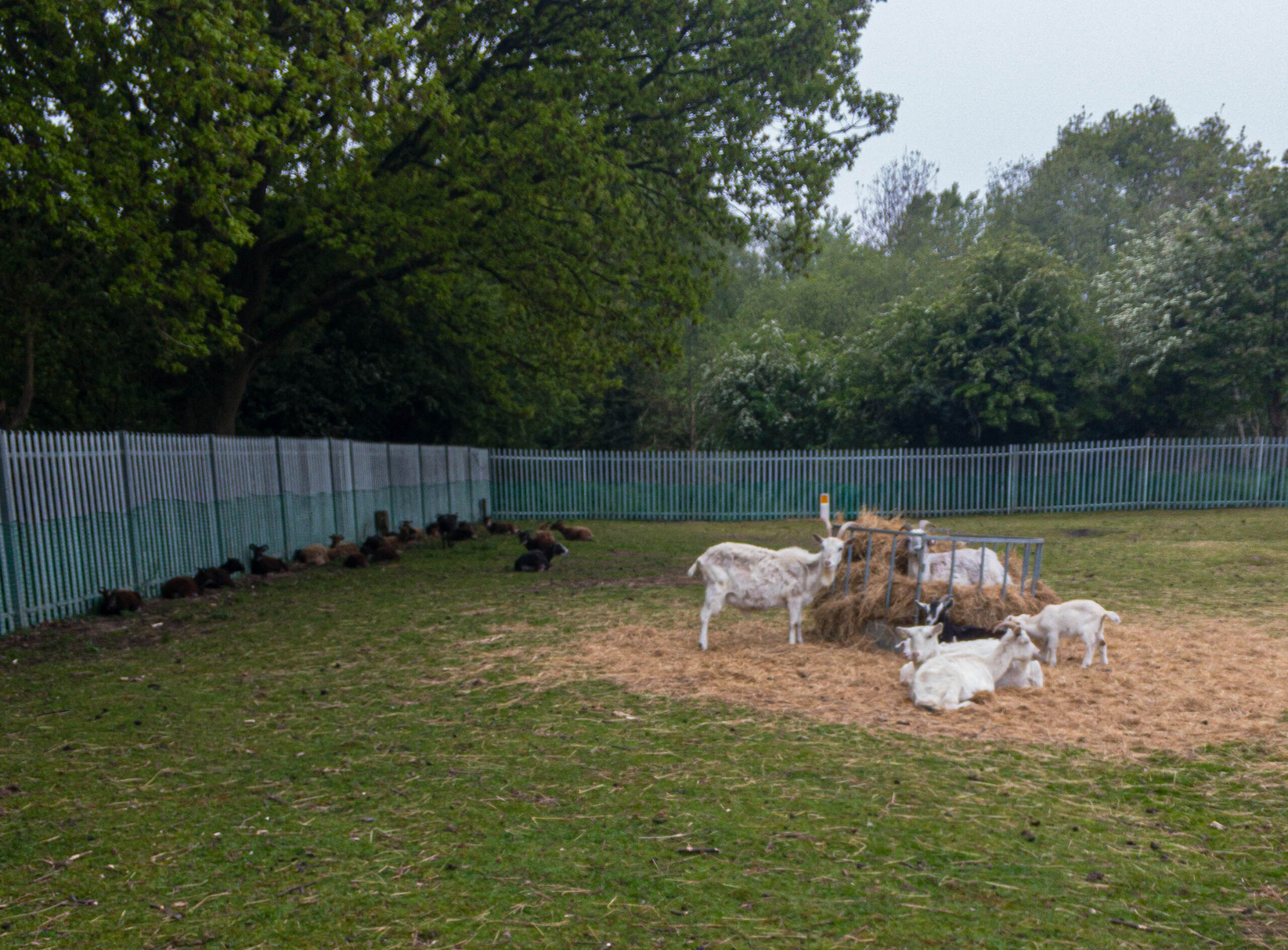 Saturday and the greatest distance to walk for this week – ten miles.

I’ve got to split this into two for the pooches. A quick calculation and I decide on four miles with Misty and the remaining six with Gabby.

Up to the local park for a quick run around then continued off lead until we hit Water Orton Road. We proceeded down the hill passing a fireman up a tree …

… then past the railway station and down to the river – Misty’s favourite bit.

Misty is a real water dog and after a quick paddle leapt right in and swam over to the other side, had a brief rest then swam back.

It wasn’t very far but it was proper swimming.

When she’d had enough, she sauntered up to me then shook depositing a fair amount of the River Tame over me.

Walking along Old Church Road, I noticed a brick in the wall of one of the houses bearing the inscription “Charles & Diana 19th July 1981”.

Either someone was a particularly big fan of the monarchy or a couple called Charles and Diana moved in around the middle of 1981. I wonder ?

We continued on alongside the Tame for a while before heading past the fishing pools and crossing Marsh Lane.

We crossed the first railway via the metal bridge before passing the field of sheep and goats, including many new arrivals.

The other railway was crossed at ground level before making our way to the park, Attleboro Lane and the road home.

Four and a tad miles completed with Misty. Now it was Gabby’s turn.

After changing dogs, we retraced my steps back to Water Orton but after the park, went a different way but still ended up crossing two railways, seeing the same goats and sheep.

We even ended up back on the banks of the Tame but went the other way. after about a half-mile, we reached a spot where Gabby could indulge in her water sports.

Gabby also likes water but is a little unsure about actual, feet off the bottom, swimming. She loves paddling though.

Out of the water, another leg soaking for me and we were heading back towards Water Orton.

Vicarage Lane has no footpath at this end and is quite narrow. Luckily, there is a path leading to the Playing Fields.

This path runs alongside the newly refurbished Tennis Club which has benefitted from a £43,000 gift from the omni-present HS2.

Pretty run of the mill from here, back to the park, Attleboro Lane, over the motorways and back home, adding another six miles.