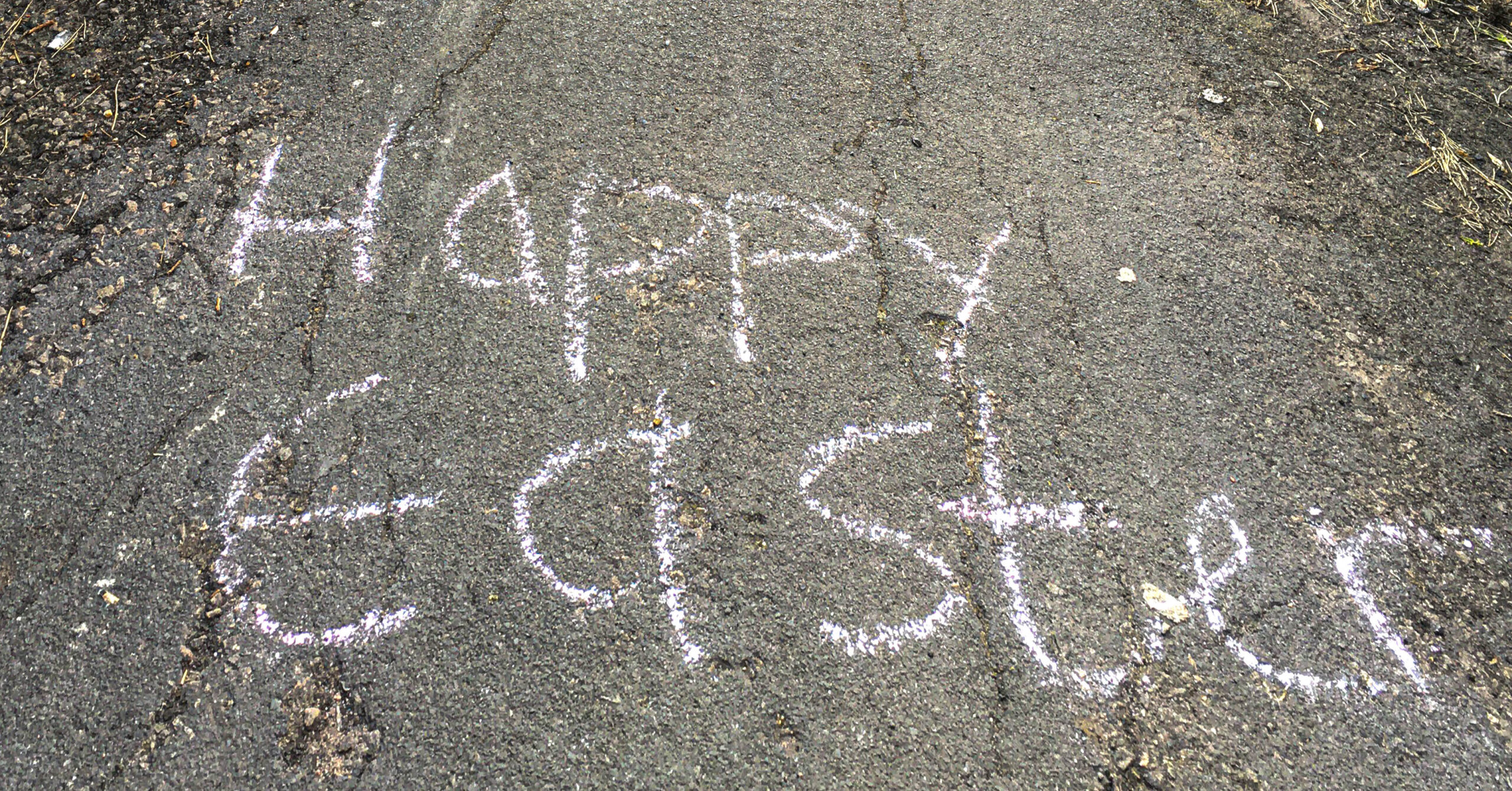 I really wish that the dogs would let me have a lie-in – I am so tired !

Up early with Misty’s walk around the block extended to the next block, as it were. After 0.4 miles, I was back home, swapping dogs and heading back out of the door.

I had a rough plan of where we would be going, totalling around eight miles.

We started off heading for Parkfields and the normal footpath away from the houses where Gabby could run around off leash. She had great fun tanking around with the occasional mad spurt when she happened to spy a squirrel.

When the footpath ran out, we continued up hill past St. Mary and St. Margaret’s church then downhill to Newport Road.

We continued along Chester Road, unusually quiet, under the M6, then crossed over for Castle Vale.

We continued along Cadbury Drive, no doubt named after famous Birmingham family.

Originally, Richard Cadbury was a draper who had moved up from that there London.

Thirty years after arriving, Richard’s son, John opened a Tea Shop. Here, he sold tea (obviously), coffee and, what was to make his name famous, cocoa.

Being from a quaker family, these wholesome, non-alcoholic beverages were right up his street.

A metal gate led us from Cadbury Drive and onto a tree lined footpath running alongside a small stream, marked on the map as overflow channel.

Presumably, it’s an overflow from the nearby River Tame as that is what it empties into.

Gabby was, again, off her lead and kept running ahead only to stop and look back to make sure thatI was still coming.

The footpath ended at a large green expanse which we crossed passing a row of, to we, continental looking houses.

We also walked alongside another small waterway, which according to Ordnance Survey, is Plants Brook.

Plants Brook is a short river, wholly in Birmingham, starting in Sutton Park where it has been dammed to form Blackroot Pool before continuing underneath Sutton Coldfield town centre to emerge and flow through New Hall Valley. From the pools of Plants Brook Local Nature reserve. Finally it goes back underground to emerge, fleetingly, at Castle Vale before emptying into the Tame.

We cut across the still dew-wet grass passing this bit of graffiti of a man sitting on a bench with his dog alongside.

We carried on past the closed Castle Vale stadium.

Stadium does sound rather grand for what is essentially a football pitch with a wall around it.

At the end of Castle Vale’s greenery, we took a narrow path between Castle Vale Enterprise Zone and the railway goods line running to Sutton Park and ultimately to Walsall.

To footpath turfed us out onto Park Lane (not THE Park Lane of Monopoly fame) which was followed towards Minworth.

Just before Minworth proper, another footpath was taken, through another estate of big, nondescript, metal boxes and onto Water Orton Lane which leads to, you guessed it, Water Orton.

Part way along Water Orton Lane, which becomes Minworth Lane at the Water Orton end, we passed the spot where a narrow gauge railway used to cross, carrying wagons of what can best be described as shit from the nearby sewerage works.

There is no sign of the railway line any longer as no trains have run for many years.

However, one of the locomotives has been reserved at Amerton Railway in Staffordshire (LINK) which we visited last year and got to ride behind.

As we approached the old packhorse bridge, we took a sneaky diversion down to the river flowing beneath.

Gabby, being a bit of a water baby, jumped straight in and on spying some geese decided to chase them !

Post-paddle, we crossed the bridge. Gabby was still fun of beans so I thought that she could manage extra mile or so.

Instead of heading straight for home, we diverted along Marsh Lane then through a field and over that railway line to see the goats.

Luckily, there were more goats than usual – it appears that Billy had been busy last year.

We crossed the other railway then through Water Orton, via Gypsy Lane to Attleboro Lane from where it was but a short hop to home.

We did pass a little seasonal chalk graffiti wishing us a …

All in all, we covered nearly ten miles during our meander around Castle Bromwich, Castle Vale, Minworth and Water Orton.