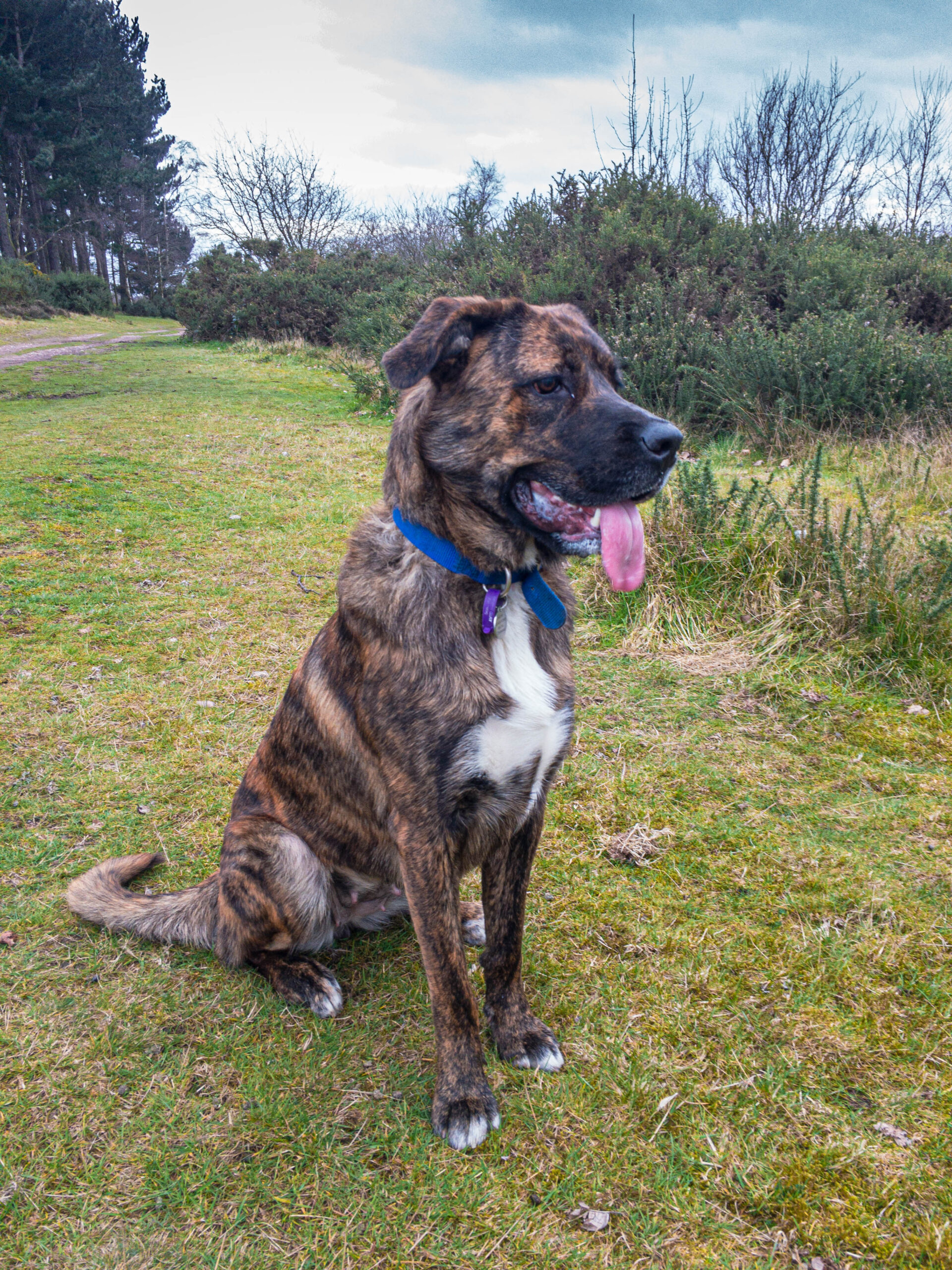 Misty had developed a limp over the past few days which got to the stage where she wouldn’t put any weight on her foot.

We left it a while, hoping that it was something muscular but not getting any better, yesterday we decided to take her to the vet’s.

After a bit of poking and squeezing the vet declared that Misty probably had a Femoral Head Fracture – the ball part of the ball and socket hip joint had cracked.

If this was the case, Misty would need an operation to remove the ball completely. Apparently, in dogs, the tendons and other squelchy bits would hold the leg in place. Not ideal but liveable with.

To be sure, Misty had to go back this morning to be anaesthetised so that they could get her legs into a position where they could take the X-rays.

I left her with the vet at nine this morning.

At around noon, the phone rang. It was the vet.

As I was thinking, “Well, why’s she limping?”, the vet continued, “Her hips and knees are fine, but even under anaesthetic, when we touch her …”, and he mentioned some muscle,”… her heart rate goes up and the muscle goes into spasm”.

“She will need a week’s rest and we’ll give her some pain relief.”

Well that was a relief.

I was told that she would be ready for home at four.

At four, or even a bit before, I was back at the vet’s. The vet explained what they had discovered which involved taking me into the operating room to look at the X-ray pictures.

I was given a bottle of pain killer and I gave the vet the best part of four hundred quid – ouch ! It seems like a lot but if it was a fracture and we had left it …

Anyway, the pet insurance should cover most of the cost, including the consultation, yesterday.

Misty is now back home, rather sluggish and still not feeling like eating.

I’ve brought a doggy crate in so that she can rest somewhere without having Gabby jump on her.