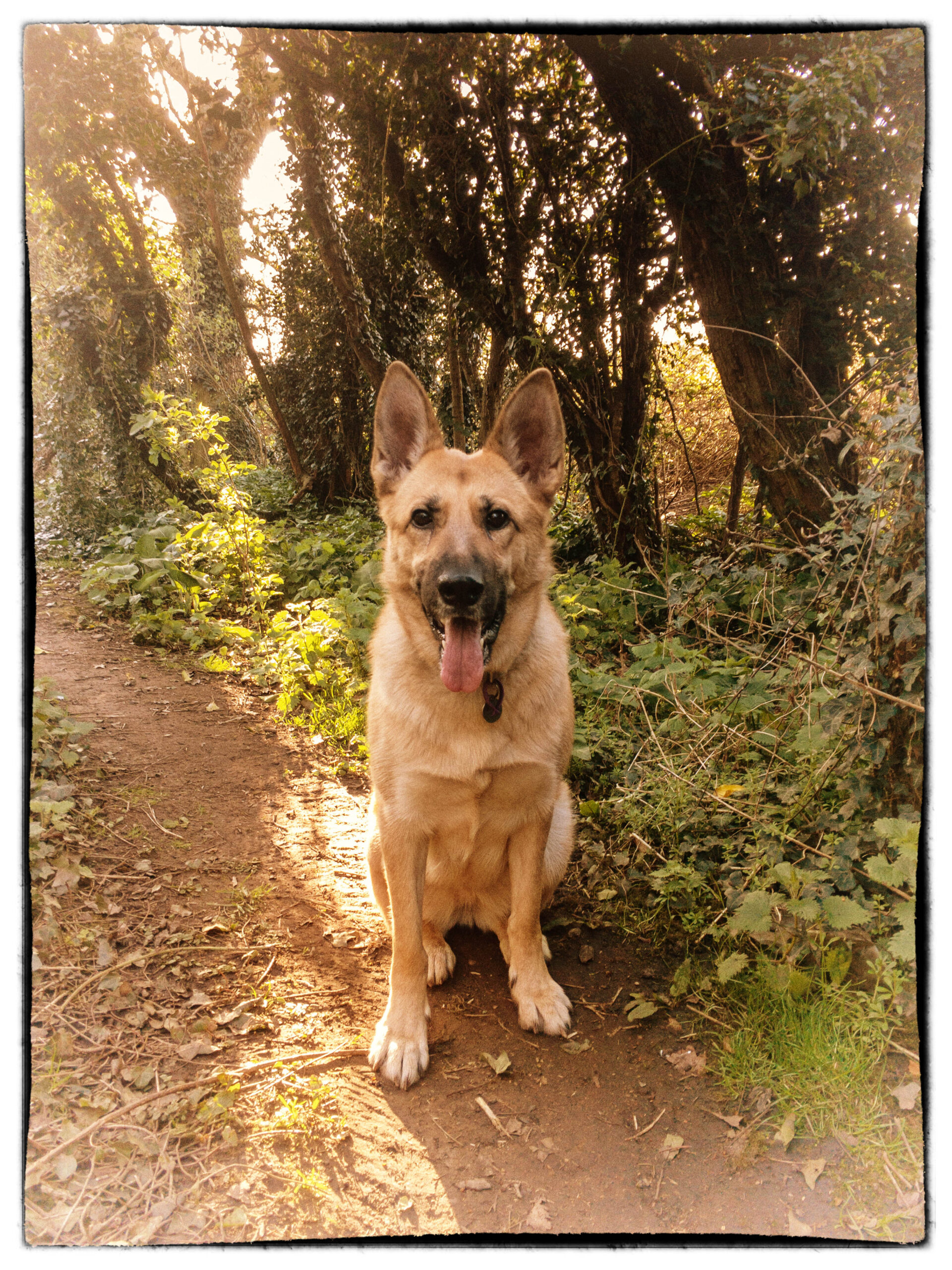 Miraculously, the dogs let me lie in until 6:30 before they started their whimpering.

I let them out into the garden for their morning constitutional then got them to lie back down whilst I went upstairs to get dressed and complete today’s, easy, Independent crossword.

Misty has developed a pronounced limp trying not to put any weight on her back, left, foot so we did the shortest of short walks returning home after only a quarter of a mile.

I quickly swapped dogs before heading over the motorway then instead of heading straight for Water Orton, took the overgrown footpath towards Coleshill though what is shown on the OS maps as Green Lane.

It is possible to get only so far before being forcing into an adjacent field.

Skirting around the edge of the field, parallel to Green Lane, we came to a grinding halt with fences barring any further travel (Bloody HS2!)

We had to back-track but the light filtering through the trees was just begging to be captured in a photo. Luckily Gabby was ready to hog the limelight.

We finally got back to the path for Water Orton which we took. From Water Orton, we took the green bridge over the railway and passing The Dog Inn.

From The Dog, we took the path along the River Tame which Gabby was able to get in to for a drink and a paddle.

We pottered around on the riverside for a while before continuing back towards the other end of Water Orton, passing the same shetland ponies that we spied yesterday, which warranted another look-see.

We took the still closed Gypsy Lane, passing the big horses, towards the Playing Field.

It was now around nine o’clock so there were a few other dog-walkers about, enjoying their one outdoor period of exercise.

The sunny morning probably helped to get them out of their front doors.

After retracing our steps up Attleboro Lane and over an almost deserted M6, we arrived home after clocking up about six miles.

That’s my miles in for this week so no need to faff about on the treadmill later.

Today would have been the A Coventry Way Challenge walk so instead of forty miles I only did six!