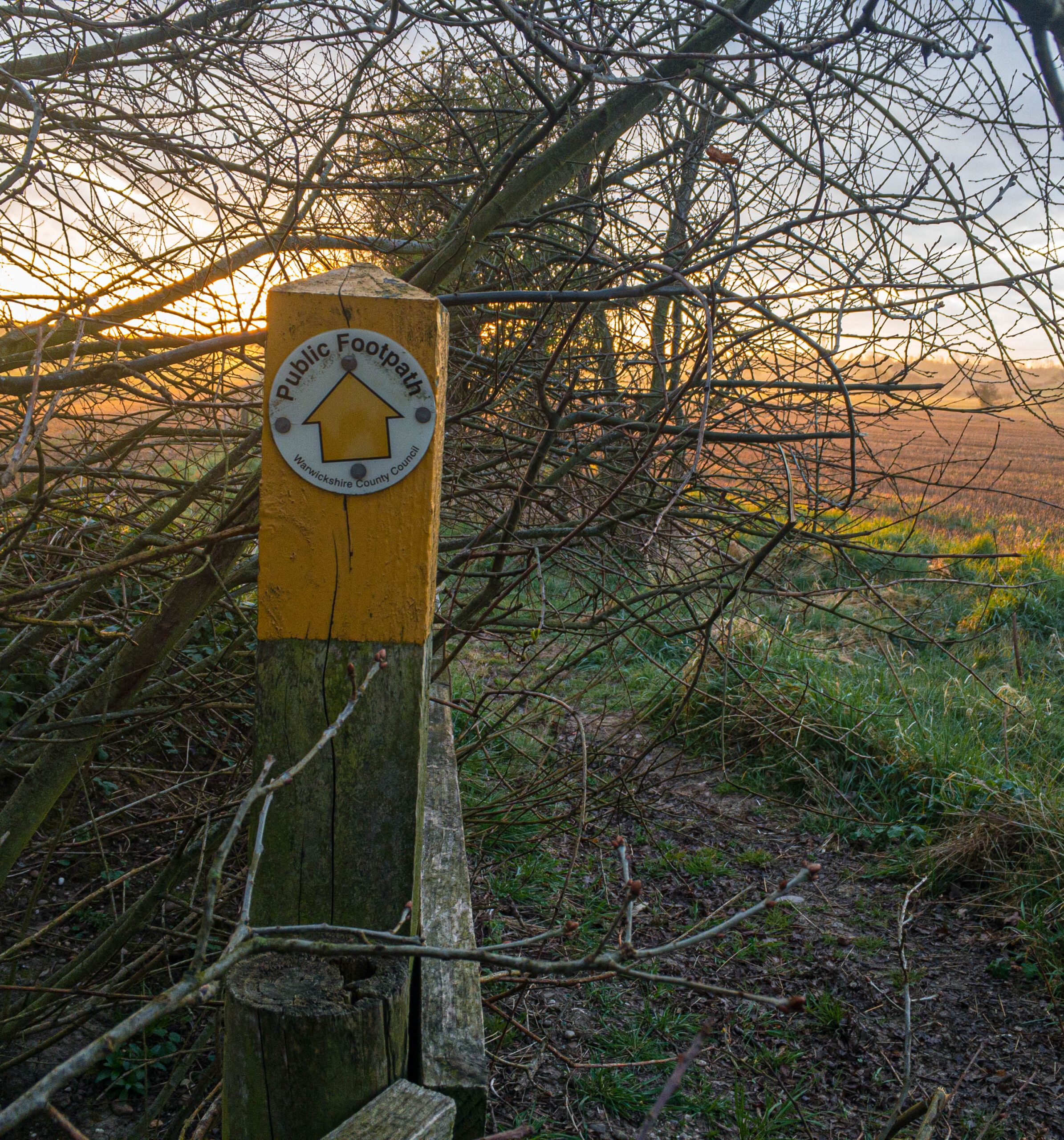 Misty has developed a bit of a limp so we only did a short walk this morning before swapping dogs.

Gabby and I walked down to Arran Way then continued parallel to the Collector Road before crossing over it and heading into the countryside.

We were rewarded with a lovely sunrise as we made our way over to Coleshill.

We stopped for a photo opportunity of Gabby bathed in the golden glow of the rising sun before continuing around a field and picking up a narrow path towards Coleshill Manor.

The Manor, as it is now called, used to be known as Coleshill Hall Hospital.
The Hall was a turned into a ‘training colony for mental defectives‘ by the Corporation of Birmingham in 1929. It was administered as a hospital until 2010 when it was bought for development.

The manor now houses a number of high-end offices.

We continued to Coleshill, turning right at The Green Man and down the hill to the River Tame.

We carried on alongside the Tame, going under the bypass. Gabby was itching to get to the water and when we reached a vantage point she was in, paddling about and having a much needed drink.

We continued across fields to Gilson then followed the familiar roads to Water Orton, where Gabby just had to say hello to some Shetland Ponies.

The sun continued to shine on us, so I had to take the obligatory snap of my shadow and my shadow’s shadow.

Back home, this seven miler added to the mile with Misty meant that I had only two more miles to do today. As I’d already used up my outdoor exercise allowance, it would have to be on the treadmill.