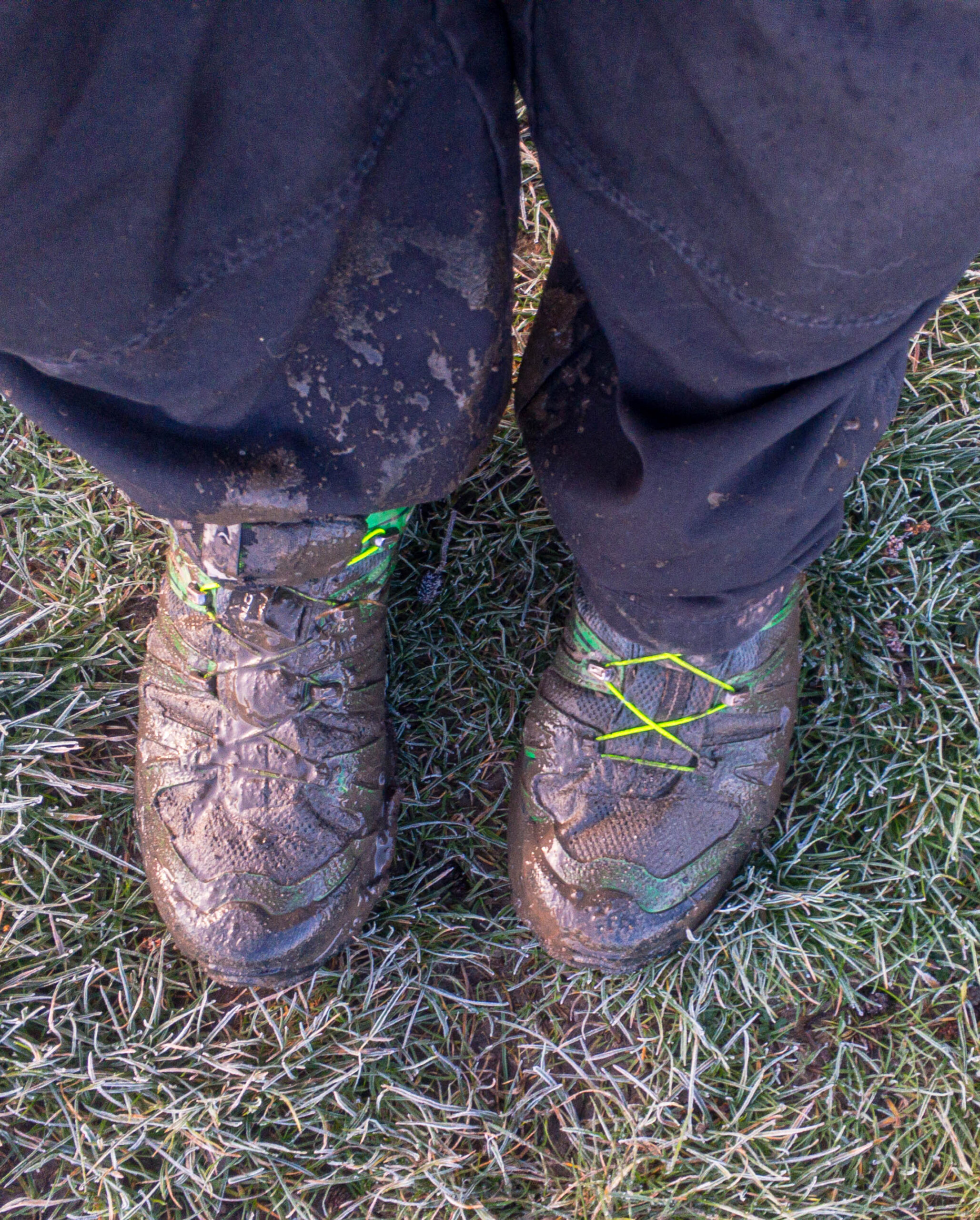 I was up a smidge later than usual, waking in my own time and not at the behest of the dogs.

Just before half six, I closed the front door behind Misty and myself as we headed out into what promised to be a lovely day.

We took a familiar route heading along our Shetland Walk route. When we got to the right hand turning onto Shetland Walk, we did the complete opposite and closed over the Collector Road and onto a track crossing the M6 and onward towards, what used to be, Coleshill Hall.

We went the long way around a field before spying a newish kissing gate which was on the proper path, evidenced by a Public Footpath disc.

Whilst bimbling along the footpath I glanced behind, expecting to see Misty only to catch a final flash of brown as see jump down a bank and judging by the splash, into water.

I continued along the path to a bridge just ahead which gave me a vantage point to watch Misty tanking up and down a little stream. She does like getting wet !

After her impromptu swim, we walked to the end of the path until reaching a road and turning right. A couple of hundred metres further, we turn off following more Public Footpath signs until we came across an unwelcomed sign.

This one said “Keep Out”. HS2 strikes again !

From the River we crossed a rather muddy field before emerging onto Terra Firma at Gilson.

We continued to Coleshill, nipping through the Cole End Local Nature Reserve and onto the River Cole which Misty just had to jump into.

Another two and a half miles through Water Orton and we were back home and time to swap dogs.

Gabby and I retraced my steps to Water Orton, traversing Attleboro Lane, the Playing Fields and the HS2-closed Gypsy Lane.

We had to halt for Gabby to look at some sheep and rub noses with a Shetland pony before crossing the railway line and heading towards the River Cole.

Gabby is also a bit of a water baby and when she could get to the water, she did.

We took a bit of a circuitous route back to Water Orton before crossing the railway again and head back home.

By the time Gabby and I got home, I had covered thirteen miles; seven with Misty and another six with Gabby. My annual mileage has now reach six hundred miles.

This was the furthest that Misty had gone in one go and although Gabby has done up to ten miles, they were both subdued for the rest of the day.