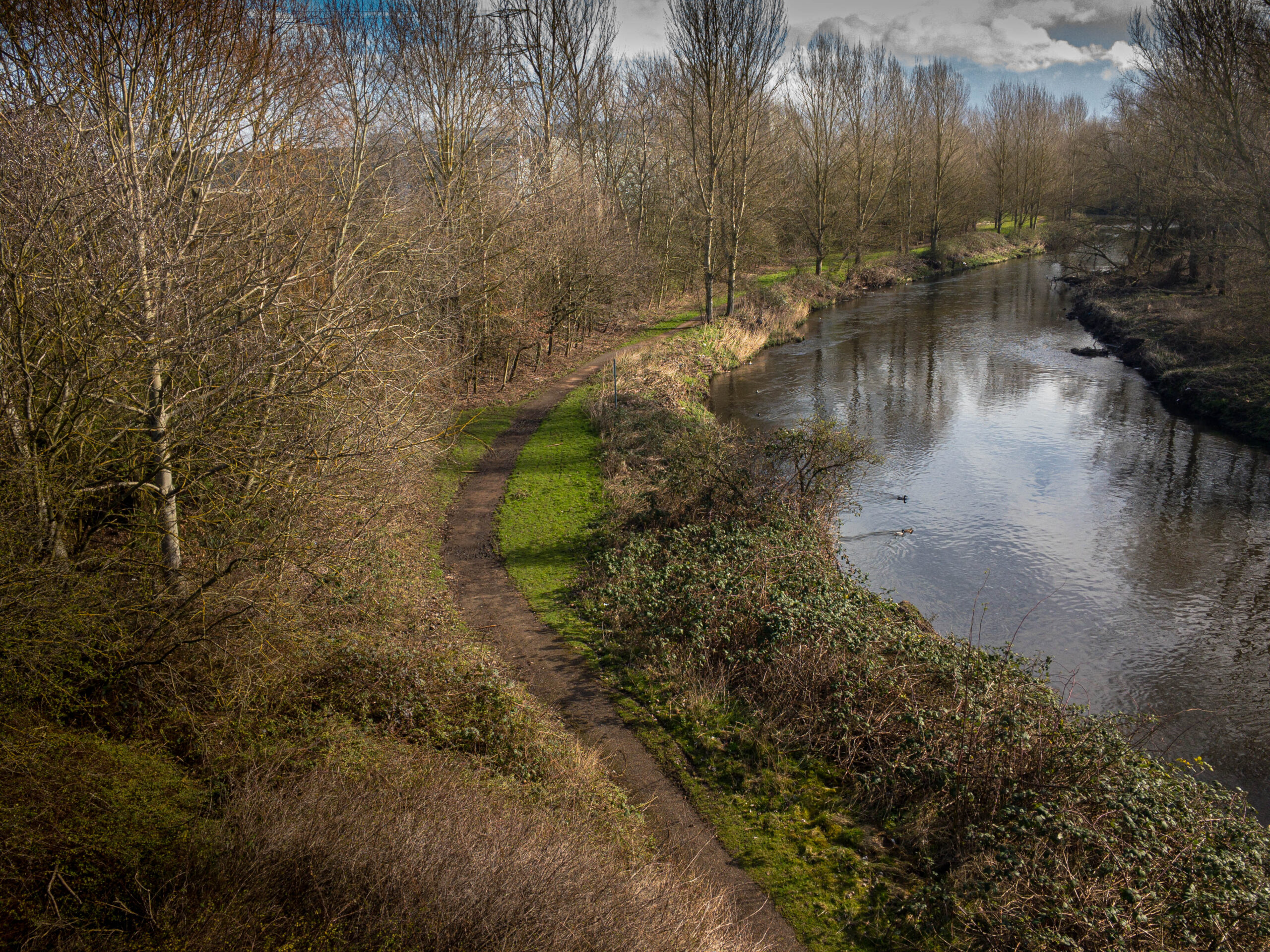 Following my rest day, I reckoned that I needed to get out and clock up a few miles today.

As a warm up, I took the dogs out from a total of five miles before returning home to their breakfasts.

Leaving the hounds munching, I slipped back out of the front door and headed for Water Orton.

I followed the usual route, past Water Orton Playing Field and Tennis Club. I noticed that they are having a bit of work done at the club, spending a £43,000 sweetener from HS2 (a bit political there) !

After leaving Water Orton along the, still closed for HS2 works, Gypsy Lane, I soon came to another HS2 ‘feature’ …

I had mentioned this in an earlier post but here it is in the flesh. Another of my frequently used path about to be shut due to HS2. Luckily, unlike a lot of route that are being closed, this one is only temporary.

I continued to Coleshill Parkway then along the track towards Hams Hall.

The track gave way to a path which runs alongside the River Tame. At the end of the path, I continued along another track / road skirting Hams Hall Distribution Park.

Finally, the road came to what used to be the end of the line, where a gate barred the way.

The position of the gate has moved a few hundred metres along the road.

I went as far as I could, before making an about turn and heading back.

Back at Hams Hall, I took a slightly different route back to Parkway before heading for Water Orton.

Back in Water Orton, a glance at the watch which indicated that I would be about half a mile short of my target.

To make up some of the short-fall, I walked a less than direct route through the village, and again nearer home to make the whole walk ten miles.

In the evening to finish off both doggies got another mile and a bit to make the day’s total seventeen miles.