Due to a number of things, my long Saturday walk was done on Friday (LINK) and my Friday rest was taken on Saturday.

To complete the week, the schedule had nine miles for today.

I fancied something a little different but didn’t want to travel too far. I had a quick play on the plotaroute website (LINK) and came up with a route from Aston, along the canals to Winson Green and back. 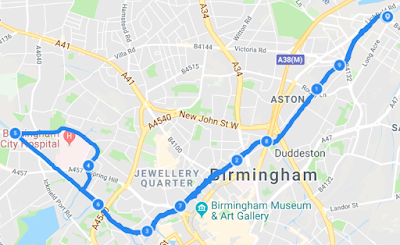 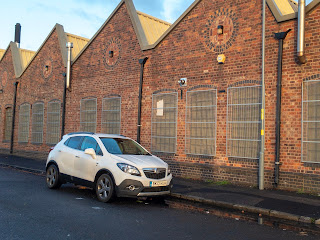 I parked up near Star City, around half eight, made my way to the Birmingham Fazeley canal and headed up the locks to the city centre.

All in all, there are eleven locks in the Aston Flight with the top lock (lock 1) being unusual by having two bridges over it.

A right turn at the top then took me towards the BT tower and more locks – still going up! 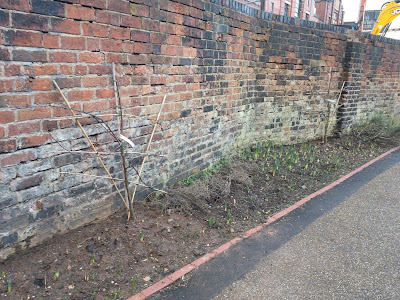 Although very urban, stretches of this canal have been planted with shrubs surrounded by bulbs which are starting to poke their heads above the ground.

I don’t know whether this planting is an official thing or, as I’d like to think, a spot of Guerrilla gardening but it is very welcome. 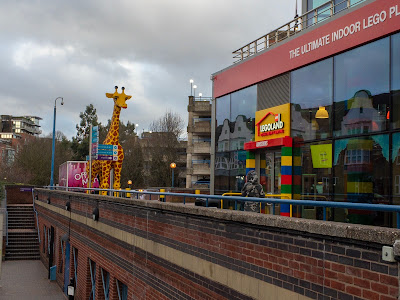 At the top of the thirteen locks that comprise Farmers Locks are the tourist attractions of The Sealife Centre, The Barclaycard Arena and, best of all, the Lego Discovery Centre.
Unlike Lego Land this indoor version doesn’t let adults in unless they are accompanied by a child or two – spoilsports !
I passed the Lego giraffe and continued, now on the New Mainline towards Wolverhampton.
Approaching Winson Green, I turned right, taking the Soho Loop around the back of City Hospital (previously known as Dudley Road Hospital) and past Her Majesty’s Prison Birmingham. 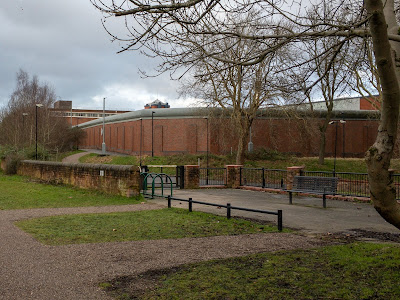 As it’s name suggests, the Soho Loop rejoins the New Mainline, near to a large train depot known as Soho TMD (Traction Maintenance Depot). Any excuse to include a train photo … 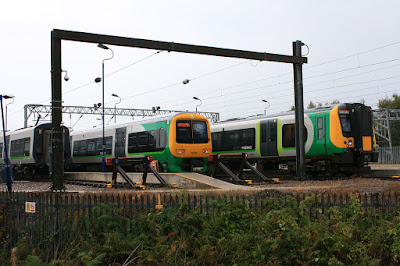 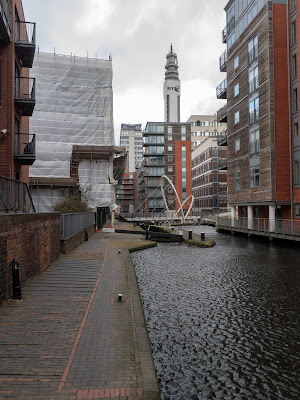 My Garmin bleeped for five miles at this point so it was time to head back. I crossed the cut and returned to the city on the muddy side of the canal. Back at The Sealife Centre, I crossed back and proceeded down the Farmers Locks towards and then under the BT tower.

I could say that it was all downhill from here but there are a fair few hump-back bridges to ascend/descend. Many of these mini-hills were constructed to cross spurs feeding long gone factories.

Towards the end of my nine miler I was passed by a small group of runners who stopped a little further along to do some stretches. I strode past but was overtaken again a little later.

“You’re a fast walker!” one exclaimed.
“Correct – I’ve been practicing!” I explained.

Back at the car, I stopped the watch and noticed that I’d clocked up another 9.7 miles. 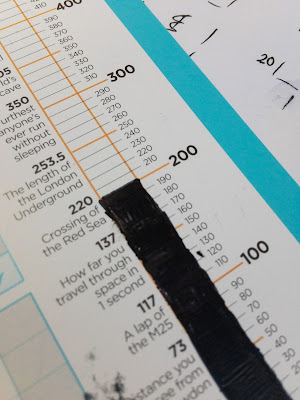 After showering, back home, I filled in the tracker, drawing the black line just above the 200 mark.

Not bad for the first month (and there are still a few days to go).

Usually, I train with three hard weeks followed by one easy week – next week is easy but I’ve still got forty three miles to cover.