Skip to content
After my two, unexpected, night shifts, I spent Friday morning in bed arising around two.
Around four, I set off for a bit of a stroll, heading , initially, for Water Orton. 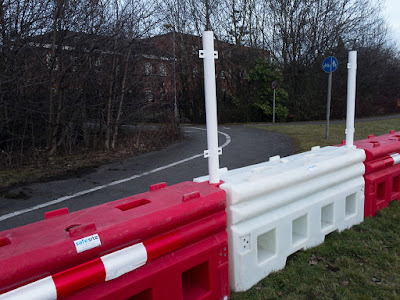 Just before Gorsey Lane, in Coleshill, which leads to the railway station, I usually take a footpath / cycleway that cuts the corner. Unfortunately, I won’t be using that shortcut for quite a while, if ever again. As I was passing, workmen were erecting a barrier and fence, “Something to do with HS2?” thought I.
Back home, post walk, I checked the HS2 maps (link) and discovered that they will be building a new cutting / viaduct on this spot to carry the A446 over the railway. 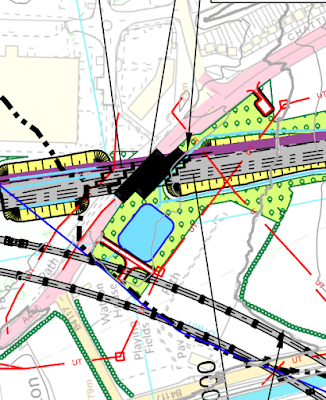 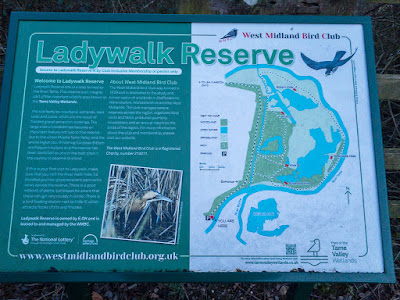 Pressing on, it was nice to be walking in the daylight and I managed around six miles before the head-torch had to be pressed into service, by which time I had reached Hams Hall.
I stopped by a sign for the, private, Ladywalk Reserve. This reserve is owned by E-on but leased to and managed by the West Midland Bird Club. Unfortunately, you need to be a fully paid-up (£30 per year) member to enjoy the benefits.
I continued around the edge of the Hams Hall Distribution Park before emerging by St. John the Baptist church at Lea Marston. 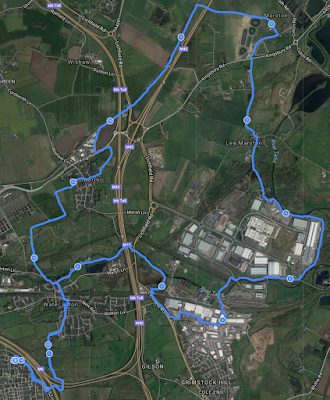 From Lea Marston, I continued along Haunch Lane, crossing the busy A4097, Kingsbury Road to Marston. In Marston, I turned left onto a very muddy Seeney Lane, which eventually brought me to the Birmingham Fazeley canal where I stopped for a drink. As I stood in the gloom, I could see a number of bright lights approaching along the towpath. After a few minutes, three, very muddy, cyclists rode past exchanging pleasantries before disappearing heading towards Tamworth – their red tail lights fading. 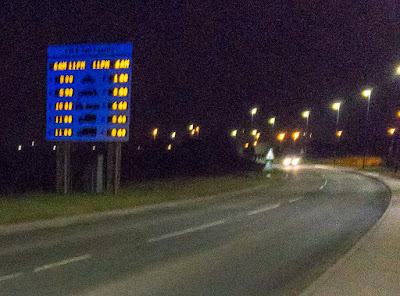 With thirst quenched, I continued towards the bright lights of Birmingham, exiting the canal at Curdworth. Passing a large sign informing me that to take a lorry on the M6 toll would cost me £11, I turned onto Windmill Lane. Obviously, there must have been a windmill on this road at some time but there’s no sign of it anymore.
From Curdworth, I followed paths of varying muddiness back to Water Orton and then home.
All in all, I covered 14.1 miles taking three and a half hours to do so.
My weekly total is 33 miles and the running total for the year is up to 169 miles.
With the Switzerland tour rapidly approaching, I not too sure how much walking I’m going to manage this next week.