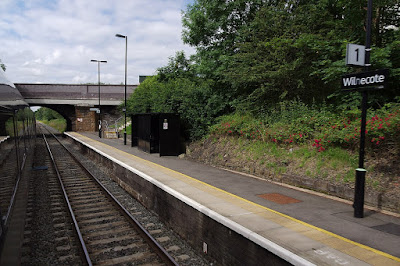 I took the bus to work, today, as I wanted a walk post-work.

I finished work just before 16:30 and took a brisk walk from Digbeth to New Street Station, arriving a tad before 16:45.

A train was leaving platform 7a at 16:49 so I didn’t hang around. I arrived on the platform just as the  three coach DMU pulled in.

Unfortunately, all the seats were taken when I clambered on board but I would only have to stand for about fifteen minutes so not too bad.

Just after five, we pulled into Wilnecote and off I got.

I spent a few minutes getting ready – fleece jumper on, poles extended, head-torch put in a get-at-able pocket and once the watch had found some satellites, I pushed the start button and was off.

The first mile was mainly along the busy B5404, which used to be the even busier A5 before the Fazeley – Two Gates – Wilnecote bypass was opened in 1995.

At Fazeley, I left the roads for the quieter canals. Putting on and firing up my head-torch, I followed the Birmingham – Fazeley canal for nearly three miles before taking a parallel path through the Middleton Bird Sanctuary before re-emerging onto the towpath which was followed to Kingsbury Water Park.

A winding route was taken through the waterpark, pausing near the visitor centre to swap the batteries in my torch. 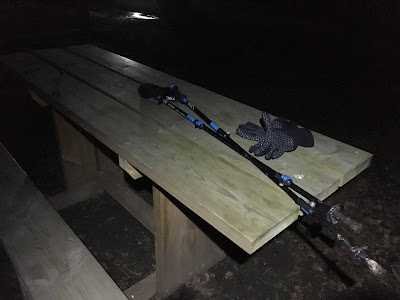 The route of the, weekly, parkrun was followed in reverse for a mile before branching off for Marston (not the brewery! ). 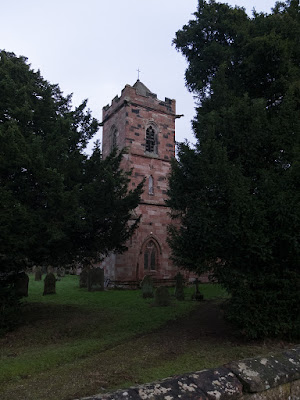 The road ended just past the church but a short path deposited me on the Hams Hall Industrial Park.

After about a mile of walking past lorries from around Europe parked up for the night, I took a path which lead to Coleshill Parkway Railway Station.

Another couple of miles or so of very familiar territory and I was back home.

All in all, I had walked 12.95 miles in a time of three hours and fourteen minutes – exactly fifteen minutes per mile (or 4 mph).

I had had a good walk, at a fair pace considering that I was using my poles and on varying terrain.

However, an hour or so after finishing, I started to feel rather unwell – a sore throat, sniffles and a general malaise (not to be confused with a general mayonnaise!).
With nearly all my family members having had some variation of the lurgy over the past month, I think that I may have finally succumbed. Shite !