The committee (Sue and I) had decided on a visit to Portmeirion for today. Needing to get a few more miles under my belt, I opted to walk to Portmeirion, giving Sue a bit of a lazy Sunday before having to over to meet me.

I plotted a route trying to avoid (busy) roads as much as possible and left just after mid-day hoping to cover the eight miles in around two hours. 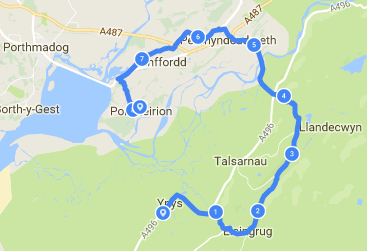 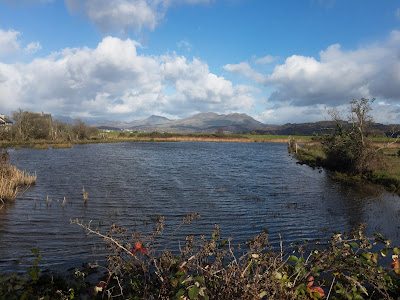 Leaving the village of Ynys where we were staying, I passed a small lake over which I could see the Snowdonian mountains in the distance and could just about make out a few white snow patches – not bad for early November!

My route took me past the local railway station of Tygwyn before heading up hill to the small settlement of Eisingrug where I encountered my own wintery shower getting hailed on. Not bad for early November!!! 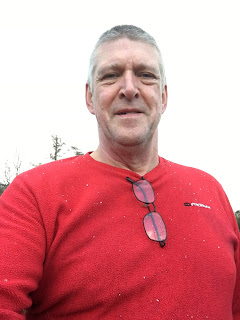 After my wintery shower, I was assailed with a more seasonal type, namely rain which luckily didn’t last too long.
After a high level traverse to Bryn Bwbach, I descended steeply to Llandecwyn railway and the bridge across the Dwyryd to linguistically scary Penrhyndeaudraeth which Sue and I both learnt to pronounce (something like Pen Rin Dead Rith).
From here I crossed the busy A487, Portmadog Road continuing my climb to small country roads running parallel to the main drag before popping back out at Boston Lodge. 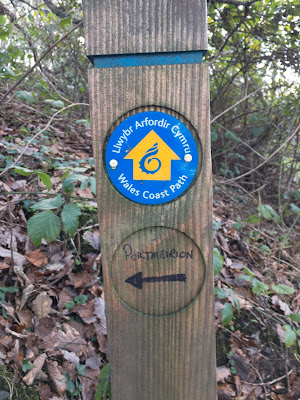 Boston Lodge is the main engineering base of the Ffestiniog Railway whose line I crossed. Spotting a handy impromptu sign, I climbed up my last hill before dropping down to the car park serving Portmeirion, where Sue was waiting.

My planned time was two hours and I managed it in 2:00:08 at an average pace of 14:45 per mile.
The only downside was that my new shoes, which have given me no trouble, decided to rub, so now have two rather sore heels.

Job for tomorrow – get some Compeed !!! 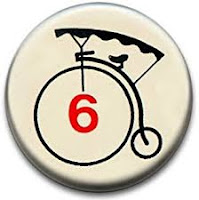 After a bit of a freshen-up, we spent the rest of the afternoon exploring the quirky village where the cult TV series ‘The Prisoner’ was filmed (hence this blog entry’s title).
The village is visited not only by people interested in this little piece of Italy but also by fans of the aforementioned TV series. Portmeirion and the surrounding area is also home to the annual Number 6 Festival.
A few pictures of Portmeirion … 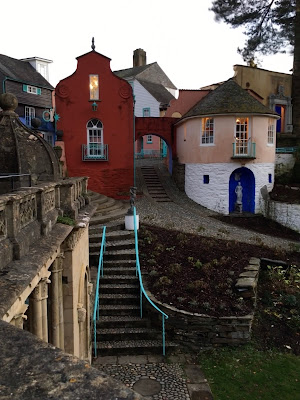 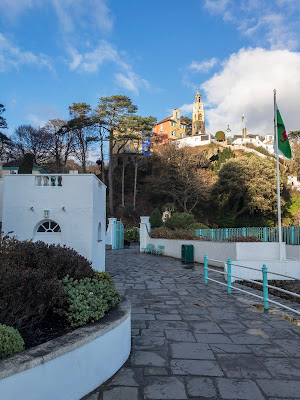 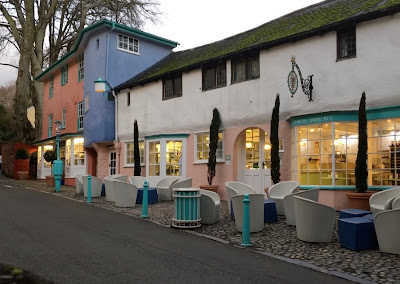