After working far too many shifts, including eight nights in a stretch, I finished work at 07:00 on Wednesday morning and went straight to bed. But not for long.

After a couple of hours, I was up and putting on my running gear. A quick bite of breakfast and I was out of the door heading for Water Orton. I’d set my watch to give me alerts so that I could run for eight minutes then walk for two. I did this for 6.2 miles by which time I’d reached The Griffin where I’d arranged to meet my other half for lunch.

That downward spike at around three and a half miles was caused by me slipping on a wooden walkway, falling and landing on my right knee. This is a key plot feature that may have consequences later (watch this space).

A quick change in the car before going in for a couple of pints and a sandwich.

After lunch, I was driven home where I resumed my sleep. Zzzzz. 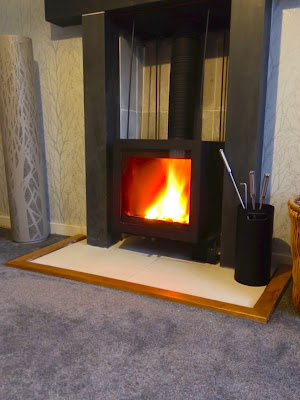 Come Thursday, and it ws time to take a well earned break. Packing was completed and we were off, heading west. Late afternoon and we were just south of Porthmadog unloading our car and installing ourselves into our holiday cottage, our base for the next week.

We had a week of doing not a lot planned and we going to stick to that.

I’m planning on an early morning couple of miles before taking the train to Pwellheli for the day.