Since my last post, back in May, all my plans have basically gone out of the window.

As some may know, I work as a maintenance engineer. Being part of a small team involves a fair bit of flexibility having to do a few extra days to cover colleagues’ holidays. However, when the team of five drops to a team of two, a lot of extra hours are required.

I was working Monday to Friday, eight ’till half four with weekends off, leaving plenty of time for those weekend events and enough time in the week for training. I often walked the six miles plus to or from work (sometimes both) and the milage soon rocketed.

Initially, this still gave me time to train especially with all those days off.

In May, the team of five dropped to a team of TWO !!! Now, my sole colleague and I had to work almost every day and twelve hours at a time (for those doing the maths, our manager had to fill in!). That was FIVE MONTHS ago.

Leaving very little time for anything but work, my milage dropped dramatically. With falling mileage my weight increased and I am now rather very overweight and underfit.
It wasn’t only the walking and running that was suffering. As well as having to miss many of the events that I  signed up for, family life was also suffering. I had no quality time with the family and had to forego many non-running events including many music gigs including the Moseley Folk Festival. This couldn’t go on for ever!
After four months of this ‘temporary’ situation, I decided that it was time for a new job – one with proper hours and was offered a new position eleswhere. I, reluctantly, handed in my resignation and prepared for getting back to some sense of normality. My boss took me to one side and asked what I wanted to stay. I said that I wanted to be back on days with (most) weekends off. With some new engineers on-board, and getting up to speed, he agreed. I still have a bunch of nights to get through but from 8th November, I’m off for a week or so before returning to days mid-November. 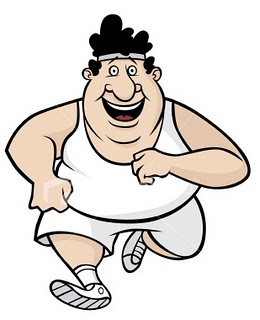 To get the walking/running ball rolling, I’ve signed up for the Telford Tinsel Trail just before Christmas. At twenty miles I should manage this fairly easily with hopefully a couple of months to get the body ready.
Next year, I am hoping to do A Coventry Way in April but I’ve not got anything else lined up yet.
In the short term, I need to get a few walking miles in and then I’ll start with a bit of walk/run turning to run/walk and then run. With weekend off, I can take part in parkrun again and, perhaps, the Centurion Grand Prix.
If all goes well, I may take part in the Equinox 24 Hour in September. This event takes place within the grounds of Belvoir Castle in Leicestershire. With free camping over the weekend, we could perhaps make it a family event where they can do their own thing (as long as they look after me every 90 minutes or so) while I run around the 10k circuit.