Luckily yesterday was a scheduled rest day which I took full advantage of – I only did 2632 steps – half my daily goal. Most of those were to and from the bar of The Griffin !!! 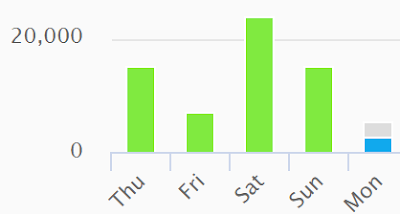 This morning, I dragged myself out of bed and went with the other half to Wolverhampton. She went to work – I went to walk. I’m taking part in the Country Walking Walk 1000 Miles in 2017 programme so I think it’s time to get started.

Before departing, I plotted a route from Wolverhampton, along the canals, to Birmingham. I then loaded the .gpx file into my snazzy new Fenix watch.

When I was ready to start, I selected the pre-loaded route (called Wolvobrum), chose RUN and pressed GO. A big blue arrow showed me the way to go. 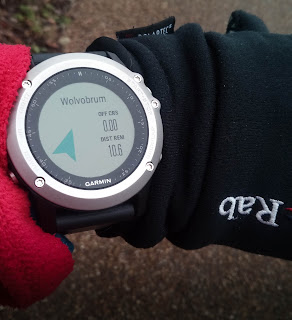 At each waypoint, the arrow would point to the next. This was working very well.

After walking ‘through the houses’ I was on the Old Main Line striding through the centre of Wolverhampton.

My blue arrow steered me past the Wyrley & Essington Canal and the Bradley Arm. Approaching Tipton, I was diverted away from the New Main Line. The terms Old and New here are rather relative with the two legs of the canal system completed in 1772 and 1827 respectfully.

This section of canal is pretty uneventful, apart from the 329 metre long Coseley Tunnel which although unlit has just enough light creeping in at each end to enable it to be walked without additional lighting. 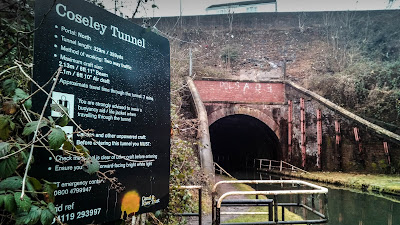 Ten miles into the walk, after crossing the Netherton Tunnel Branch (the Old Line is about 10 metres higher than the New) the arrow pointed straight ahead, avoiding the Gower Branch which through 3 locks joins the other line. The navigation features of the Fenix were working really well.

Eventually, after sneaking under the M5, the Old Main Line crosses over the New Main Line before ferreting through the hillside at Summit Tunnel. 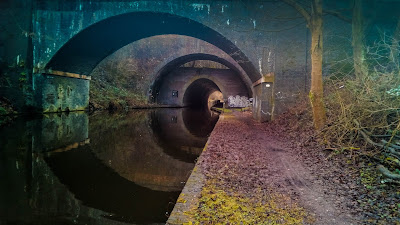 Shortly afterwards, the canal drops through 3 locks to rejoin the New Main Line at Smethwick.
Another navigation view on my watch shows a green line for the course to be followed and a black line to show where you’ve been. A smaller blue arrow still points the way. I’m not sure which of the 2 views I prefer – I’ll have to have a few more outings. 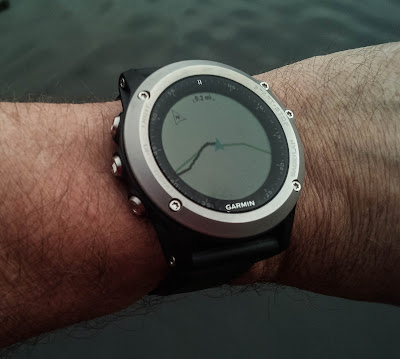 Another couple of miles or so, I approached the Sealife Centre which is next to Brindley Place and the International Convention Centre (ICC) where my journey ended. 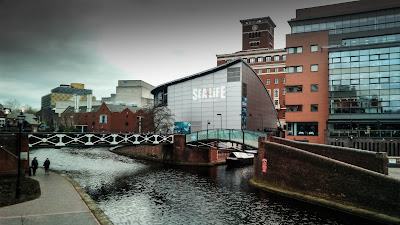 A good morning’s walk and a good test of the Fenix 3. The altimeter worked fine giving a fairly smooth profile.

It’s a relief to know that THIS watch is working fine.
After cleaning up and changing (the ICC toilets are ideal for this) I had a quick look around the city, buying a running magazine, before catching the bus back home.