Mid afternoon on the last day of 2016, I received a call from work asking if I’d like to work the night shift as the engineer had called in sick.

For a change on New Year’s Eve, I had no plans so agreed to step into the breach. Luckily, I’d done today’s run in the morning.

I had planned to run two parkruns on January 1st but I’d have to see how I felt come the morning. 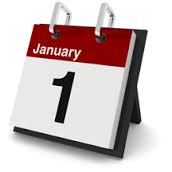 After a 12 hour shift, at 07:00hrs I didn’t really feel like waiting until 09:00 for my first parkrun – the second at 10:30 and bed, finally, around 11:30.
Instead, I took a run from work along the canals. I managed a 6 mile loop going out to Spaghetti Junction and back through Aston.
It was all very quiet – I never saw a soul. Better still, I was tucked up in my bed by 9 o’clock.
My colleague was still poorly come the evening so I had to do another night shift 🙁