The training plan is going … well, to plan.

On Christmas Eve, I ran 11 miles into Solihull arriving at Brueton Park in time for the parkrun making 14 miles for the day.

Christmas Day, I was out at 7am (before opening my pressies) for another 10 miles around Hams Hall. This distribution park usually has lorries from all over Europe parked up waiting to drop off or pick up stuff. Today, the place was eerily quiet with not a truck in sight.

I was back home and showered before 10 in time to see what Santa had brought. For me it was a shiny new pair of … 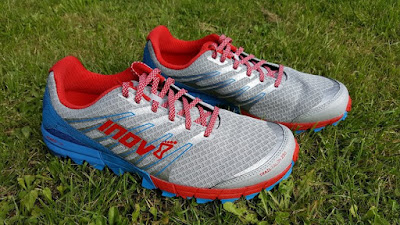 I had my chance to try the new footwear on Tuesday with a 4 miler along the canals after work. Another 4 miles on Wednesday and again on Thursday. They feel very nice 🙂

After a rest day on Friday, I was pounding the streets again come New Year’s Eve. I had a little route all planned but was stopped by a newly erected barbed wire fence and signs proclaiming Private Property. To be fair, the path I was following was not a public right of way so thinking on my feet, I decided to make it up as I went along.

As you can see, my route was a little haphazard but with a sense of freedom was quite enjoyable. I stopped at 10 miles and walked the final 2 miles as a cool down.
This was my last outing of 2016 and the totals for the year are …