I had a day off and a 4 mile run to do sometime.

I also fancied a walk.

I’d decided to walk another stretch of the Heart of England Way (HofEW) continuing on from my Birthday walk from Lichfield to Shustoke. 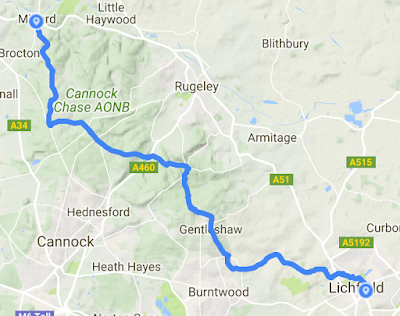 I caught a bus into Birmingham followed by a train to Lichfield and then another bus to the village of Milford on the Northern edge of Cannock chase. 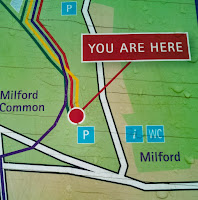 After alighting from the bus, a short walk of less than 100 metres brought me to the start of the Heart of England Way.

All in all, the HofEW runs for just over 100 miles from here to Bourton-on-the-Water in the Cotswolds. Today’s section would be 16 miles to add to the 22 mile section already done.

From the first of many fingerposts, I started uphill towards Lichfield. 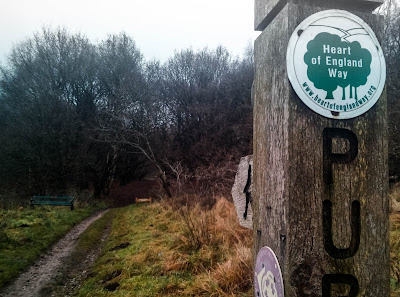 There were a few ups and downs across the chase (about 1000ft of ascent in total, today).

The views were not great due to a blanket of fog but at least it stayed dry.

I followed the arrow on my Garmin Foretrex as I made my way over Cannock Chase. I’ll write a separate post about my new bit of kit but it worked well until the battery died ! 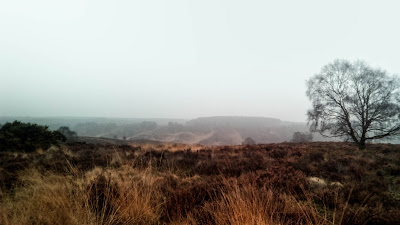 During my time on the chase, I passed a memorial to 25,000 Polish POWs and members of the intelligentsia murdered by Stalin. 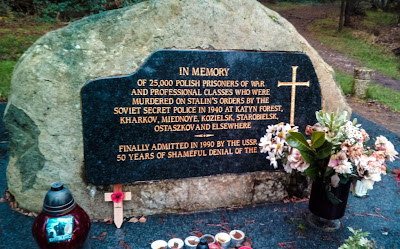 Near the Cannock Chase visitor centre, there’s another memorial, this one to those who died in the Burma Campaign.
Towards the southern edge of the chase are the remains of an Iron Age fort at Castle Ring. I’ve been here before and you get a good idea of the size of the settlement, however, today’s fog made that impossible. 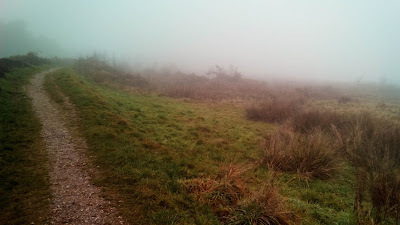 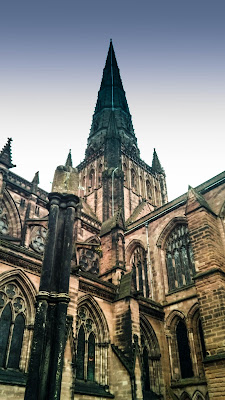 In Lichfield, the HofEW passes the imposing cathedral with it’s three spires. The building was completed around 1340, taking around 150 years to build !

The HofEW then goes through the main shopping area before emerging near the bus and train stations, from where I’d departed about 5 hours earlier.

I continued until I got to the point where I’d started my previous foray onto the HofEW before returning to the railway station for my train back to Brum.

Back in Birmingham, I nipped into Waterstones and picked up a copy of the official Heart of England Way guide book. Armed with this, I intend to complete the HofEW bit by bit using public transport where I can.

Usefully, the book described lots of circular walks so you can walk a section of The Way and then return to your start via a different route – handy.

The next section will probably be Lowsonford (going in the opposite direction) to Shustoke.
When I finally got home, I changed into my running gear and went out for my planned 4 mile run.
Today’s total mileage – 20 miles 🙂