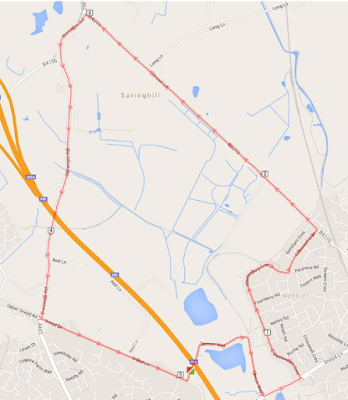 I had a special mission, today, to get an old work colleague around the course. Dave, the aforementioned chap, had had a quadruple heart bypass about three years ago and was running today’s race to raise money for the British Heart Foundation (see Dave’s Just Giving page).

Dave is not a natural runner but over the last couple of months, or so, has been out training for today. When I learnt of his attempt I offered to give my support and help him get around the course. 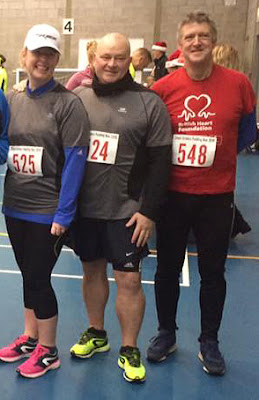 After collecting our numbers, Dave, his other half and training partner, Rachel and yours truly made our way to the start line.

At the allotted time, the hooter hooted and we were away. Being chip-timed, I started my Garmin as we stepped over the start line.

We started, as so many others have done, a little too quickly (a lot faster than Dave had done in training) but as soon as the adrenalin rush had worn off we were reduced to a walk. 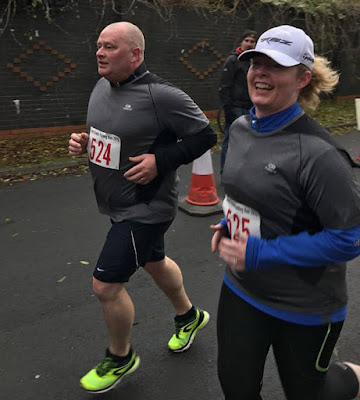 We paused at the drinks station just before the 3 mile marker knowing that we were on the ‘home leg’ with only 2 miles left to go.

After the final rise, we turned left and were presented with a very welcoming downhill stretch. We managed to run more than we walked along this final stretch before turning the final corner and seeing the finish banner.

Dave and Rachel made a dash for the line with smiles to show how happy they were to finish!

Dave was looking at finishing in under 1 hour 30 and would have been really happy with 1:10. We finished in … 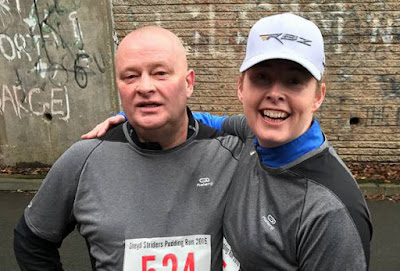 A crowd of Dave’s supports were there to greet him at the finish and to tell him what a great run he’d put in. After the obligatory round of photos, we grabbed our goody bags containing our Christmas Puddings.
Rachel has vowed never to run again but Dave says that he will carry on running and is already in training for NEXT YEAR !!!
On the fund raising side, as of the start of the run, Dave had £620 of donations on Just Giving and around £300 from old-school donations which Rachel’s company has offered to match.
Well done to Dave and Rachel and I’m just glad that I was, in my small way, able to help them achieve their goal. WELL DONE GUYS.