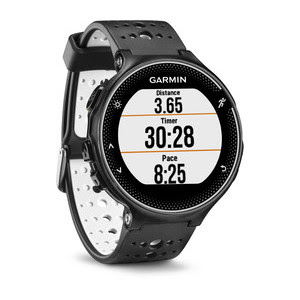 As you, probably, know I record most of my runs and walks on my Garmin Forerunner 230.

Post activity, the data are uploaded to endomondo and Garmin connect.

The recording is great – while it lasts !

The battery will only do all this magic for around, according to Garmin, 16 hours. Good for most things including up to a 50 mile walk. The last time I did the Round Rotherham 50, the battery lasted over 12 hours.

It would be nice, especially when I have another go at the 100, for the battery to last at least 30 hours.
Here are a few ideas …

Let’s look in more detail at the options … 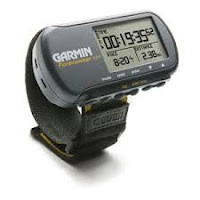 A potentially expensive option – I’d need at least 2 x Forerunner 230s. I’d have to start the second device before the first totally expired so perhaps the count could go up to 3 watches !!!

2. Replaceable batteries.
The somewhat dated, Garmin 101 takes 2 AAA batteries which give around 15 hours. The biggest downside is that you can’t get the data off the device – there’s no computer interface.* 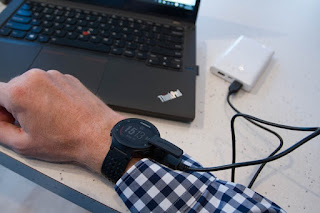 My 230 uses a crocodile clip kind of lead for the charging and computer interface. The watch can be worn with this is place with the lead plugged into a battery pack. The connection isn’t great and would be disturbed during running.

An older forerunner 305 could be used with it’s bulky charging cradle (and aforementioned battery pack) but would be too big for the wrist so would need to be attached to my backpack somehow.

I have a Garmin GPSMap 62. This is a hand-held device which is more of a navigation aid than a sports tracker. I often use this (and my watch) for challenge events as the route can be loaded on to the device, beforehand, and a map followed.

The unit can display – current speed, average speed, time elapsed, distance travelled, elevation, bearing amongst other data. You can even (I just found out today) pair it with a HRM to give heart rate.

The GPSMAP 62s uses 2 AA batteries which give about 20 hours so packing a change of batteries would last my 30 hours easily.

The downside is the size and weight of the thing. Walking; it’s not a major issue as I can clip it to my rucksack but I’m not sure how it would work in a running environment – only one way to find out!

* UPDATE – There is an updated version of this device called the Foretrex 401 – similar design but with USB, heart rate …