Skip to content
No running today but still out and about.
Caught the train from Birmingham New Street to Stafford. 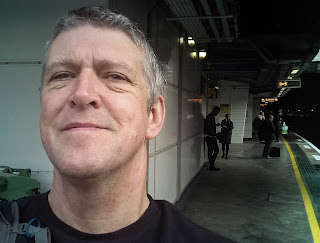 I’d bought the ticket beforehand on Trainline.com. The normal fare was £7 but for an extra quid I could go First Class – which I did !
I was entitled to free drinks and snacks but the trolley dolly only appeared as we pulled into Stafford 🙁 Oh, well, next time. 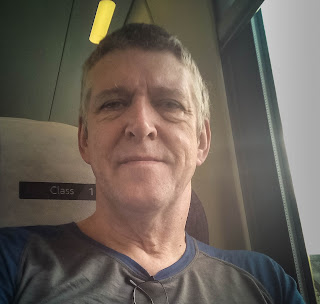 After leaving the train, empty-handed at Stafford, I headed out of town for a mile and a half before getting to the Staffordshire & Worcestershire Canal at Bridge 98 near Weeping Cross.
The towpath, for most of my journey, was muddy grass, sometimes without the mud and sometimes without the grass.
I made steady progress, through Acton Trussell and under the noisy M6 to Penkridge.

After Penkridge, my path ran parallel with the M6 for a while before veering off to cross under the A5 and M54. After enjoying the sunset, it was on with the headtorch for the final push to Tettenhall. 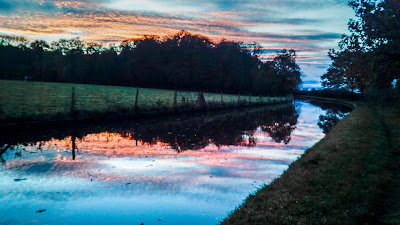 After passing the Shropshire Union Canal at Autherley Junction, I was on familiar ground as the Old Main Line joined at Aldersley. It was just another mile before I left the canal for Tettenhall Road and the nearby Co-op for refreshments.
Another 19 miles walked in 4:35 at an average pace of 14:22 per mile.