Loading...
Skip to content
Rest / Cross Training instructs my training schedule for today. Does walking count as cross training ? Anyway, I’d decided to walk, from home, to meet the other half from work – in Wolverhampton.

Checking the maps, I devised a route which utilises the extensive canal network here around Birmingham. 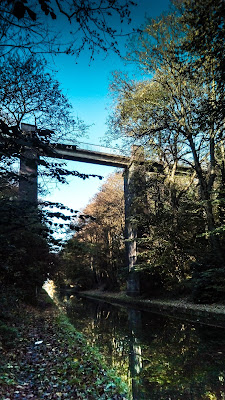 From here, I took the Tame Valley Canal which slowly climbs up through Perry Barr, under this tall bridge, to Rushall Junction where the Rushall Canal branches off toward Brownhills.

From here, the Tame Valley Canal runs dead straight for a 3 miles to it’s junction with the Walsall Canal at Ocker Hill, in Tipton. 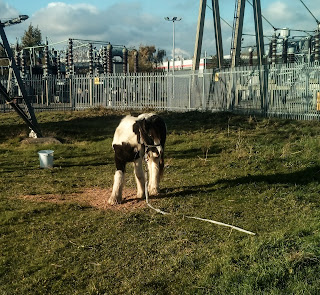 Just before reaching the junction, I spotted this horse, tethered next to the towpath – a little random ?
The Walsall Canal was followed North for about a mile before I took, what I thought was the Bradley Branch. Unfortunately, I was a bit premature turning off but a sneaky peek at the map showed a route to get back on track at Bradley. Walking my detour, I thought parts looked familiar and on getting to Wednesbury Oak Road, realised that I had been walking part of the Sandwell Six Towns walk (this is a 26 mile challenge walk visiting the six towns that make up Sandwell – held in August).
Back on track, I traversed the length of the Bradley Arm before joining the Birmingham Main Line, turning right for Wolverhampton.
Three miles further and the Walsall Canal, which I’d left early, rejoined on the outskirts of Wolverhampton. The Main Line was followed as it skirted the city, passing the city incinerator, illuminated by the setting sun, before it turned rural on it’s approach to the Staffordshire & Worcester Canal at Aldersley. 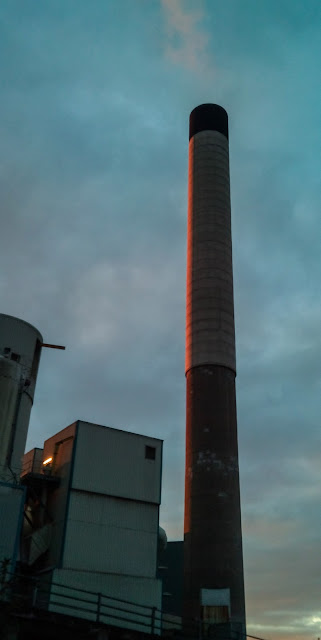 A left turn here and another mile or so took me under Tettenhall Road where I exited the canal system. The local co-op was visited for some post-exercise refreshments before a casual cool down walk to meet the other half from work.
The total distance was 25.7 miles which I completed in a tad over 6 hours – I’m happy with that.