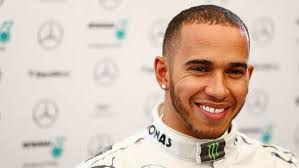 Nothing to do with Lewis Hamilton but a series of races held on the first Sunday of each month from November to April. The series is organised by Centurion Running Club (MY club). Details can be found HERE.

I have decided to run most of the series (I’m on shift for the March event). The price for unattached runners (that doesn’t mean not married but not belonging to a club) is £30 and for attached £25. So I’ve got £5 of my club subscription back already 🙂

It was nice being recognised and welcomed back into the running family and I spent the time, waiting in the cold, renewing acquaintances.

At 11 o’clock, we lined up, there was a short countdown, a hooter sounded and we were off.
I deliberately started at the back as I was planning on running a steady 9:30 pace but still found myself moving past a few runners. After a mile I was averaging 9:15 but it felt fine. For some reason, I’m yet to fathom, Endomondo has me running the first 2 laps at 9:11 and 9:00 respectively!

I continued running with laps (according to Endomondo) of 9:27 (had to re-tie shoelace), 8:44 and an incredible 8:12 for the last lap, including a sprint for the line!

I completed the 5 miles in 44:59 (official time 44:58).
All very good and nice to have a sprint at the end BUT all too fast !!!
Now, most people think that the idea of running is to get faster but this should have been a training run and they should be slow enough for my body to burn fat instead of carbs. The exact speed, I’m trying to determine and I may need to resort to the Heart Rate Monitor to ensure that I’m going slow enough.
Perhaps, I can put today’s run (and possibly yesterday’s parkrun) down as a tempo run ?
UPDATE – Thanks to Sadia Butt for this snap of me at today’s run … 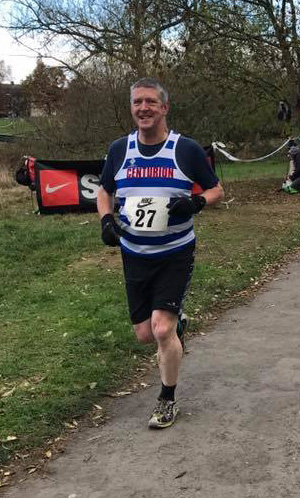