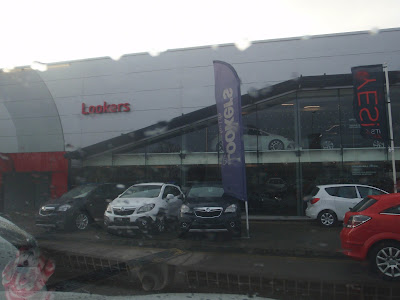 My car is getting really old – so old that it need’s an MOT. Being on a 13 plate this was it’s first MOT and I’d booked it into the garage for 8am.

I arrived a little early but at 8, the doors opened and after dropping off the key etc. I was heading for the Birmingham Fazeley canal for a scenic walk home while the car was sorted. 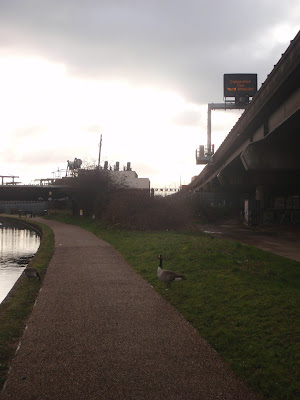 I followed the Birmingham Fazeley  for around 3 miles leaving at Castle Vale. I took Water Orton Road to, of all places, Water Orton then up and over the M42 link and the M6 before ducking under the Collector Road and home.

Around noon, the garage phoned to say that the car had passed the MOT and that I could pick it up late afternoon.

Around half one, I roughly retraced my steps to Water Orton and Minworth getting onto the canal towpath heading for Birmingham.

As I passed Castle Vale, the sun made a brief appearance and here’s the photo to prove it… 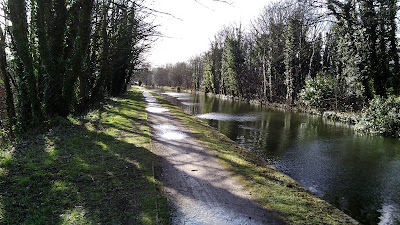 At Spaghetti, I took the canal branch that rose through Aston to the junction with the Digbeth Branch. This was the highest point of the walk after which it was all downhill. After passing through Ashted Tunnel and under the railway lines leading into New Street Station I turned right towards Bordesley. Another right put me on the branch back to Spaghetti via Saltley.
At Star City, I left the canal for a short road-side walk back to the garage to pick up the car.
All in all, I’d walked 21 miles today – a good start to March.