Rest day so no walkies.

I forgot to mention, yesterday, that my ageing Camelback bladder has sprung a leak resulting in a rather wet rucksack.

Perhaps it’s time for a new bladder for my rucksack but there, again, my Solomon Trail 20 rucksack has also seen better days. Perhaps it’s shopping time?

Now, I have always fancied one of those snazzy vests that the runners tend to use during events but none seem to be able to hold much gear. 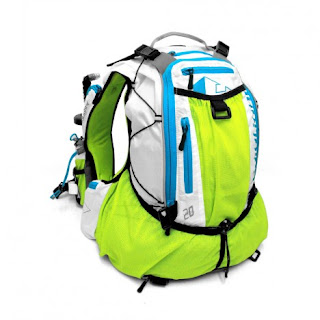 What I want is something that has…

I had a good look around on t’interrnet.

What I found was this…

It’s made by a French company called RaidLight and is called the Ultra Olmo 20. Here is a Video and here is a video review. 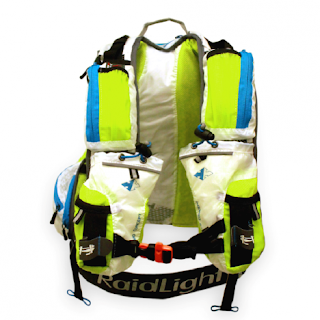 It weighs in at 630g and as the name suggests has a 20 litre capacity.

On the front there are two pockets on the shoulder straps and two smaller pockets on the waist. There are also two bottle holders, each of which will hold a 750ml water bottle. This arrangement, I believe, is more versatile than one bladder in that the bottles can be filled easier than having to take the pack off, as with the bladder.

There’s even a headphone extension lead built in so the phone / MP3 goes in the waist pocket and the headphones plug in at the top.

I’ve bitten the bullet and ordered the bag and a 750ml water bottle with built in drinking tube. My goodies should arrive in the next few days.

I’m at work for the next 6 days but, hopefully, I’ll be able to test it towards the end of next week.

No more big walks planned for the rest of this week – just a few ’round and round’ strolls at work.