After another 12 hour night shift, I stopped off at Hockley Heath on the way home for a canal side stroll.

It was just getting light as I locked the car and set off for the Stratford canal. It was a bit cooler than of late so I was decked out in fleece top, gloves and buff.

I headed south until I reached Kingswood Junction where the Stratford canal meets the Grand Union. 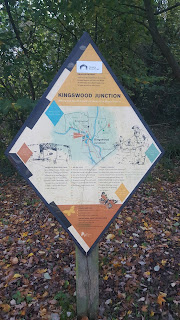 A small loop through Kingswood and a very short stretch of the Grand Union brought me back to the junction and I was heading north.

I was feeling rather sluggish and this was reflected in my slow pace of just under 14:50 per mile. In my defence, I did stop to take a few photos but even so…

Arriving back at the car, I stopped my Garmin and looking at the display discovered that I’d added another 6 miles bringing the weekly total up to 56 miles.

Then it was back home for a few hours kip.

On the way into work, this evening, I stopped off to pick up some provisions and a copy of Country Walking magazine. Skimming through the publication, I spotted an advert for this… 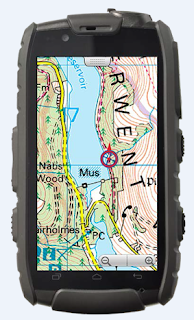 This is basically a very rugged, waterproofed Android phone but with extras…

It’s got everything that I need when I’m out and about – phone, GPS, music, camera.

I’ve taken the plunge and ordered one. Anybody want a Samsung S6 or Garmin GPS Map62 ?