Saturday, or as a lot of runners think of it, parkrun day.

I decided to run at Kingsbury this morning arriving around half eight ( it’s only a few miles away ) and with thirty minutes to go, went for a one mile warm-up. I wasn’t really feeling at my best so put any thought of a PB out of my mind.

After the pre-run talk, the nearly three hundred runners made our way to the start and were soon on our way.

The narrow lane makes the start a bit cramped and there was much jostling for position. Once out into the open, a glance at the Garmin revealed that I was running at 7:36 pace which, if I could keep it up, would give me that PB. I decided to give it a go!

I tried to follow someone, just in front, who was wearing a parkrun 50 T shirt so I deduced that they had run this course a number of times and would be running a steady pace. Following the T-shirt and keeping track of my pace on the Garmin, I managed to maintain a pace of around 7:37, crossing the finish line in sixty second place in 24:28. 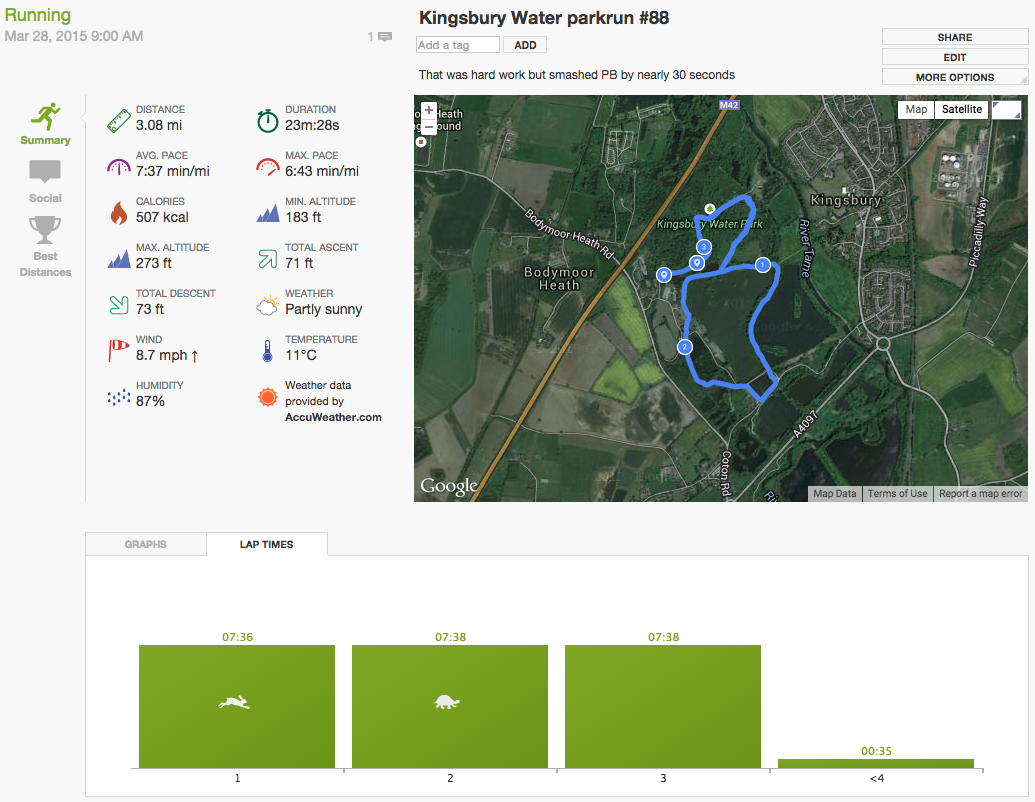 The run was hard work and I knew that I had put a lot of effort into it. I did a mile cool down before returning to the car for the drive home.

Checking past results, I discover that I’ve beaten my previous Kingsbury time by Twenty Six Seconds ! I don’t know if I’m going to better that time, just yet, but we’ll see.


I’ve got a long slow run of nine miles tomorrow, a long walk on Monday and club night on Tuesday. Wednesday will be a much deserved rest day.