Saturday 27 October saw the 25th anniversary of The Cotswold Challenge, a twenty five mile walk up and down ( but mostly up! ) the hills between Gloucester, Cirencester and Stroud.
I had an easy drive down the M5 arriving at event HQ, in the village of Birdlip around 07:15 giving me plenty of time to park, register and prepare before the 08:30 start.
Just before half eight we were called together and after the obligatory safety talk we set off along the tarmac road following the route descriptions of…

The first mile or so was fairly easy going and then we encountered the first of many steep ascents. Not quite what I was expecting but I reached the top, out of breath and quite warm. This set the theme for the rest of the day; undulating with some downs followed by some sharp ascents. During the walk someone remarked that if you’re on a challenge walk and you’re heading downhill; you’ve gone wrong!

Towards the halfway point, we were rewarded with some cracking views over to the Severn estuary and perhaps a glimpse of Wales beyond.
From about 8 miles or so, I had been walking with ( sometimes a little behind, sometimes in front of ) a small group of other walkers and eventually got to talking. One guy, Mike, used to live in Coleshill ( a village close to me ) and another, who I only knew as number 78 ( which he had pinned to the back of his rucksack ) had come all the way from Harrogate just to take part. Looking at the results, I have discovered that No.78 was Fred. It was nice to be walking at a reasonable pace and have others moving at the same speed with whom to talk.
I had heard rumours of a sting in the tail and this came with about a mile to go. We’d just crossed the Witcombe reservoirs and found ourselves at the bottom of a six hundred foot ascent up Birdlip Hill. I announced to my companions, that I needed a little diversion so on went the iPod. “I need a bit of Led Zep to get me up this!” I stated. “Stairway to Heaven?” one quipped.”No” I replied, “Trampled Underfoot!”. And up we went.
It took the 5:36 of Led Zep plus a fair few minutes of The Who before we reached the summit. 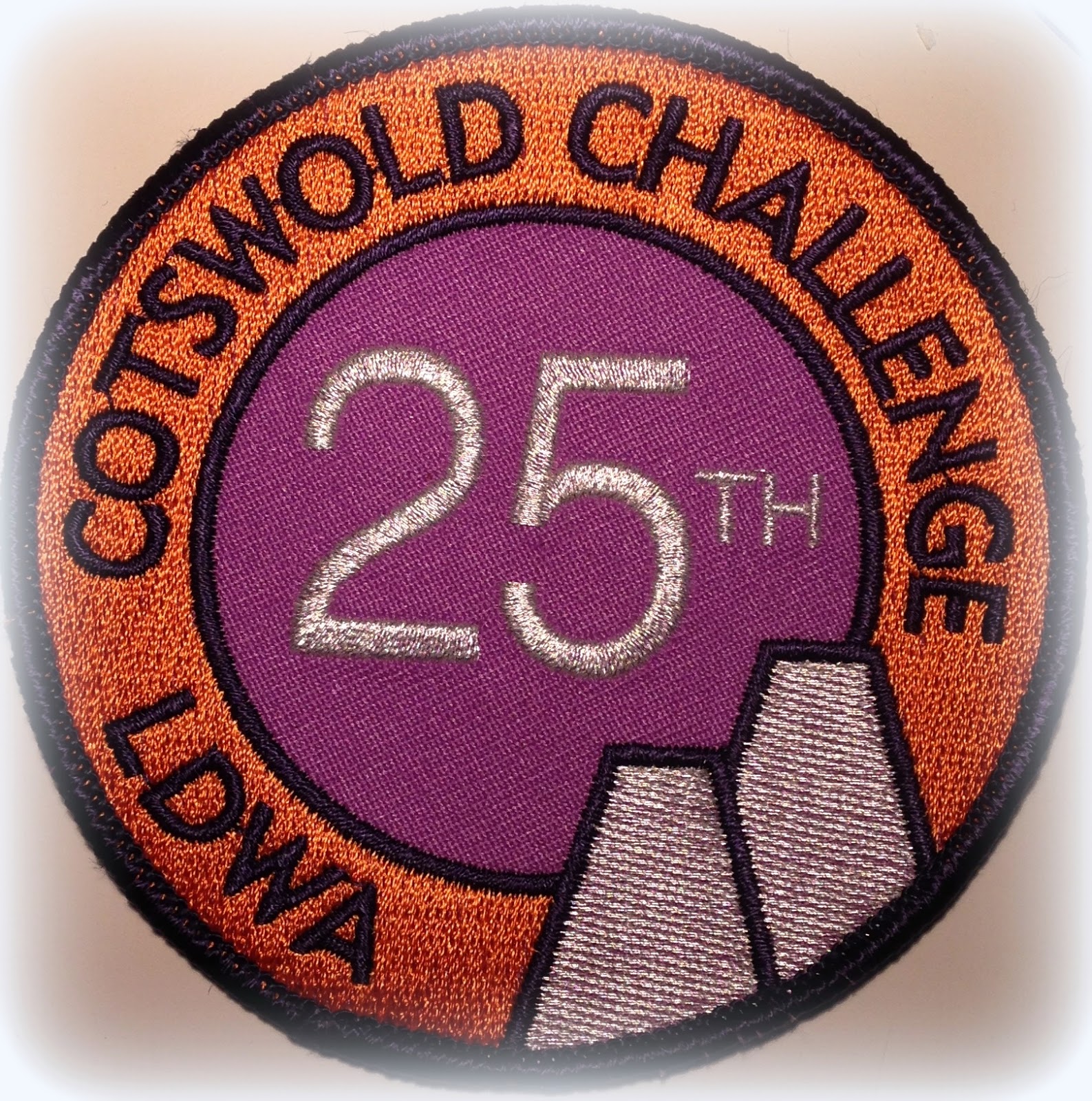 Someone read from the route description “Turn Left to reach road in Birdlip … follow railings and continue ahead to reach finish”. “Read that again!” I pleaded.
Seven hours and seventeen minutes after leaving Bidlip village hall, I returned handing my tally in at the desk before going in search of a cuppa and some much needed food.

After a bit of a rest, I picked up my certificate and badge before making my way back to the car and onward to the M5 and home.

This felt like the hardest challenge walk I’ve done so far but also felt very rewarding. Obviously, I’m going to need a few more hills in my training.