Saturday 13th September 2014 found me beside the  Grand Union Canal waiting for the start of the Birmingham Canal Canter organised by the Heart of England Group of the LDWA.
I had missed this event last year but did go around on my own a week or so later ( see report ) so was determined to do it this time around.
A few weeks previously, I did a recce of parts of the 2013 route only to find sections of walk fenced off for repairs but when the 2014 course description fell into my inbox I saw that this years route was quite different.
Where, in previous years, the Worcester and Birmingham Canal was followed from Kings Norton into the heart of Birmingham, the route would divert onto the Rea Valley Cycle Path and through Cannon Hill Park. To get back onto the canal involved going up a steepish hill in Edgbaston ( hills are a rarity on the BCC ).
Other detours involved going through Priory Fields near Solihull Lodge and missing out a short section on the River Cole.
All in all, I think that the diversions made a more interesting route.
Back to the event…
The pre-walk prep-talk over-ran by two minutes so at 08:32 we set off from The Ackers Trust down a steep hill and past the dry ski slope. One walker ran off from the start and was never seen again ( apparently, she finished in 5:39 ). There were a few in front of me but after a few miles I reckoned I was about the fifth walker and after passing a couple later on I finally caught up with the other two in Canon Hill Park, passing them on Sir Harrys Road and the hill.
The miles went by and I did stop for a few minutes at checkpoint 3 which was a cake competition so I had to sample the wares ( it’d be rude not to ). My vote went to the lemon drizzle cake – yum! 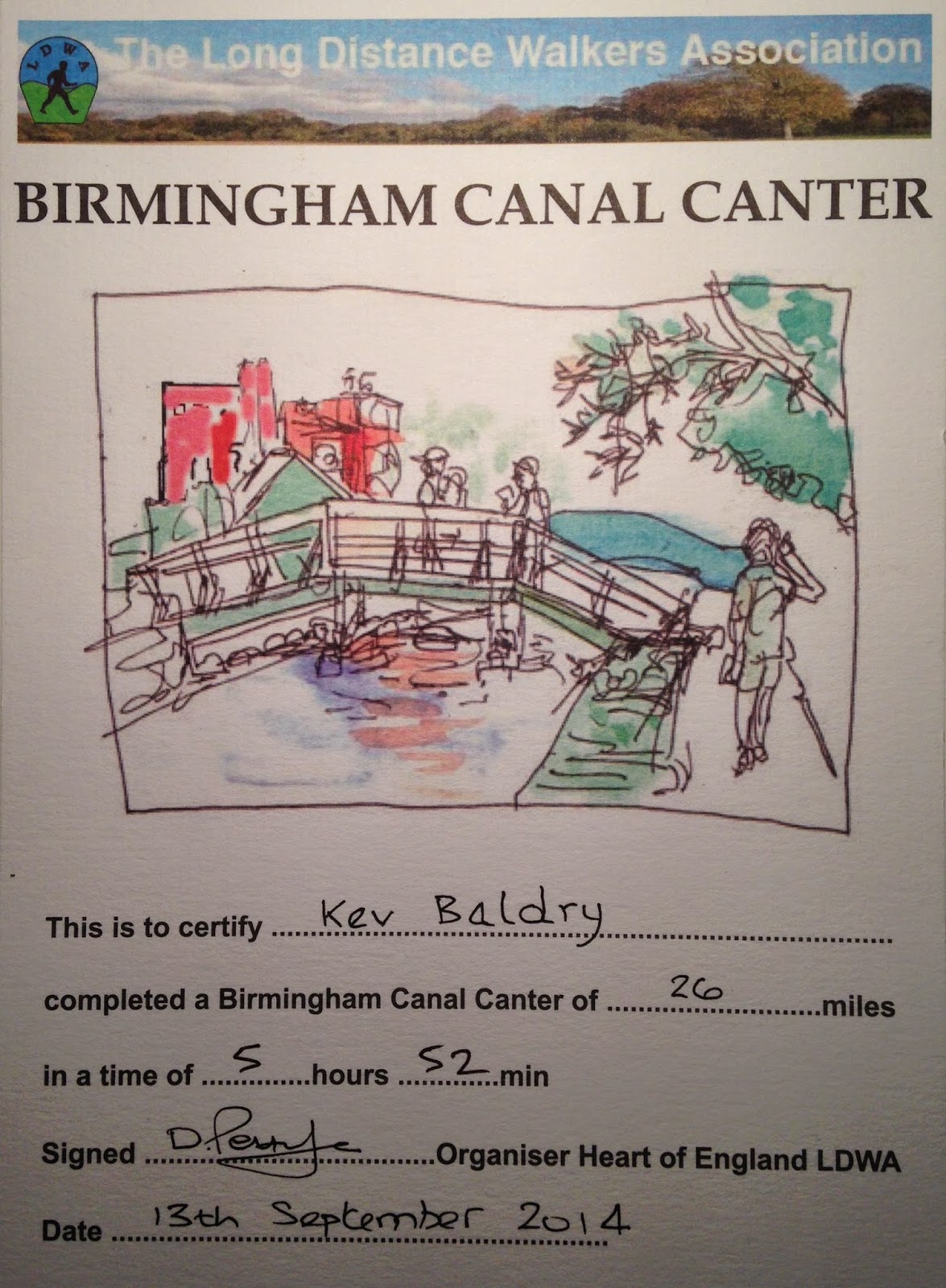 My GPS went a bit wonky going through the tunnels beneath Birmingham but I just pressed on finishing in an official time of 5:52 🙂
Refreshments were had before returning home.

This was, apart from the hill in Edgbaston, a fairly flat
and therefore fast course. Subsequent walks will not be this fast or easy.