No ill effects from Sunday’s forty miler – which is encouraging.

I started my new job on Tuesday ( Monday was a bank holiday ) which involves a week’s training and induction down at Luton Airport.

After work on Tuesday, I found my hotel ( only minutes from the airport ) and after settling in, got changed and went for a walk ( of course ).

After a half mile, I was across the M1 and into the countryside following the Lea Valley Walk. The River Lea starts near Luton and runs 50 miles to London and is known as London’s other river. I only travelled as far as Harpenden where I bought some provisions before turning back. A total distance of just over ten miles.

Wednesday’s walk had me walking around Dunstable Downs, part of The Chiltern Hills. This chalk escarpment is the highest point in Bedfordshire ( 243m ). I parked the car in Dunstable before walking around the lower part of the downs past the gliding centre before a steep climb at the Whipsnade end before heading back. 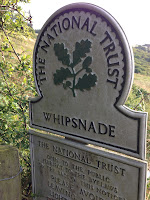 At the highest point, by the impressive visitor centre, I branched off to the right and made a loop of the nearby woods, returning past the Cemex quarry from which chalk is extracted and pumped through a pipeline to Rugby some fifty seven miles away.

After a stroll along the ridge, looking down onto the gliders below, I returned to Dunstable – a total of seven miles all at a moderate pace.