A day off and I was up at the crack of six and out of the house by seven ! 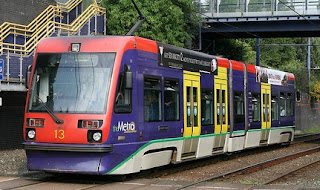 Got on the bus into Birmingham then the metro ( tram ) out to Wolverhampton, getting off at The Royal from where a short walk put me onto the Birmingham Canal Navigation. I headed away from Brum for about half a mile before turning right onto the little used Wyrley & Essington Canal. This canal contours it’s way around the north of Walsall before heading off towards Brownhills and beyond.

I branched off onto the Walsall Canal which, surprisingly, goes through Walsall. In fact it drops like a stone through eight locks into Walsall before levelling out and running south through Darlaston. 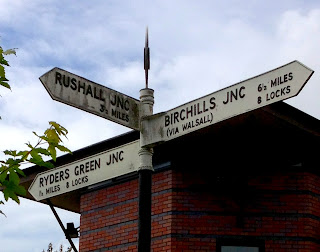 Six and a half miles after joining the Walsall Canal, we part company as I turn left onto the Tame Valley Canal which runs very straight towards Rushall Junction some three and a half miles away ( did the romans build canals ? ) The Tame Valley Canal continues past the junction down a flight of locks and ends at Salford junction ( otherwise known as Spaghetti Junction ) where it meets the Birmingham & Fazeley Canal. I had a lunch break at the Perry Barr locks and grabbed a Cornetto, for pudding, from a nearby garage.

Another couple of miles and I leave the canal at The Tyburn House and endure a noisy mile along the Chester Road before heading up the hill into Castle Bromwich and the final familiar couple of miles home. 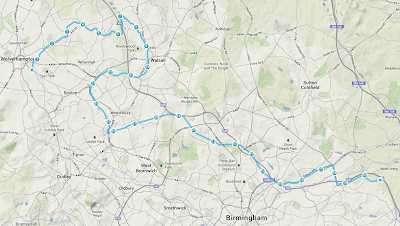 I must admit that it was hard work, in fact a lot harder than I expected although I never really got into the swing of it today. I walked twenty six miles up and down the hills of Derbyshire a couple of weeks ago and felt a lot better after that than I did today. I’ll just put it down as an off day !

Tomorrow, I’ve got the return leg, as it were, when I shall be walking a twenty mile route from Coventry through Bedworth, Ansley, Bentley, Nether Whitacre and Coleshill. Stay tuned to see how that turns out !