Just over FIVE WEEKS to go.

No aches nor pains from Sunday’s Dovedale Dipper.

On an early today ( and the rest of the week ) so was up and out of the house before five this morning for another four miles. Walked home the scenic route along canals and the River Cole, clocking up another fifteen miles. Started fairly briskly and just got faster – ended up doing the fifteen miles at an average pace of under thirteen minutes per mile ( 4.6 MPH ). I don’t think that I’ll be doing the Thames Path at anything like that speed ! 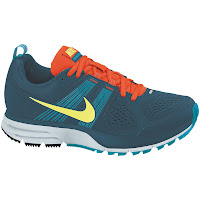 Tomorrow, after work, I’m off to the running shop for another pair of trail shoes. My current pair,  Scarpa Sparks, are only a month or so old and the soles are already wearing thin ! Perhaps I’m walking too much?

I quite fancy the Nike Pegasus Trail shoes and I still have my £25 spot prize gift voucher from the Arden Nine so they shouldn’t break the bank.

Later in the week, I’ll be walking to meet Sue from work on Friday ( twelve miles ) and another sixteen or so on Saturday afternoon. Sunday can be a rest day or perhaps a little light cycling although checking the weather we could be looking at heavy rain on the sabbath 🙁

Next week I’m on annual leave so am looking at back to back walks on Thursday and Friday ( seven hours and five hours ) as well as some shorter stolls.

Following on from my first challenge walk last Sunday ( The Dovedale Dipper ) which I really enjoyed, I’ve entered another couple. One week after the Thames Path ( subject to muscles ) I’ve got the Birmingham Canal Canter – twenty six miles along Birmingham’s extensive canal system. Then in October the interestingly named Where Ravens Dare – another twenty six miles on the edge of the Black Mountains including some big hills.