Friday – Finishing work at 2:30pm and arranged with my other half, Sue, to meet her from work in Coventry at six. I had it all planned…

Well, that was the plan. This is what actually happened… 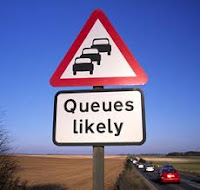 Left work at 14:30 ( so far, all going to plan ).
Got caught in traffic due to broken down van.
Arrived at bank to find myself at the back of a long queue.
Got home, changed, filled camelback and left for Coventry at 15:30 ( about half an hour later than expected ).

To make up some lost time, I decided to cut cross-country to Coleshill, knocking about a mile off. However, I hadn’t anticipated the recent growth in the flora and ended up getting my legs cut and stung ( again ) and having to wade through a field of waist high crops.
Although I had shortened the distance, it was very slow going and I was getting rather hot and bothered by the time I reached Coleshill ( 2.5 miles ).

Once on the other side of Coleshill, the terrain got easier and I was able to claw back some time by gradually picking up my pace.

During the leg from Coleshill to Fillongley I noticed that my phone had stopped charging from it’s battery pack. The problem was traced to a faulty charging lead – my third to fail.  I shut down the cellular connection to conserve power and what charge was in the phone held out until journey’s end – luckily.

Another fly in the ointment was when I stopped and bought an ice lolly at Fillongley ( 9 miles ) only to find that it must have, previously, melted and refroze resulting in an icy orange blob with a tiny piece of stick protruding. I managed to eat most of it but ended up with rather sticky fingers – not good.

During the recent, atypical, hot spell I have used the following technique to keep cool and hydrated whilst out walking…

Approaching Corley Services ( 11 miles ) I received a call asking where I was – it was now six pm – our agreed rendezvous time. I was still a couple of miles away so said that I’d be there within a half hour.

I finally arrived about twenty five minutes late. After relaying my tale(s) of woe, Sue took pity on me and dragged my to a local hostelry where, after a couple of pints of water to re-hydrate, I enjoyed a rather nice pint* of Sarah Hughes Dark Ruby.

Going forward, I need to sort out this recurring charger lead problem ( perhaps, taking a spare lead ). I should also take terrain into consideration before electing to wear shorts.

Apart from the problems ( “They’re not problems – they’re opportunities” ) it was a good walk; I managed to recover from my early setbacks and get back on the plan.

To further stress me, I walked into work this morning ( four miles ) and back ( another seven ) – the total for the back to back days of twenty four miles.